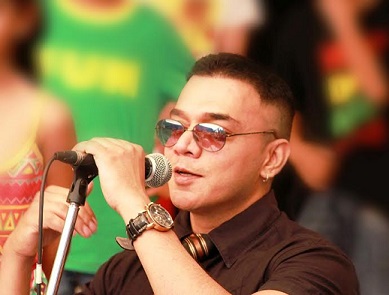 It is truly a Moment of Bliss for Sandeep Boniface, a music composer, singer, keyboardist and a music teacher at Canadian International School (CIS), Bangalore for being selected as one of the three finalists in ‘John Lennon Songwriting Contest’ (JLSC), New York for his composition. The ‘John Lennon Songwriting Contest’ is a world-renowned international songwriting competition, named after the former Beatles singer John Lennon. It was started by Lennon’s wife Yoko Ono in 1997.

This contest is open to amateur and professional songwriters across the globe and it provides a platform of recognition to talented musicians and composers. Well known musicians like Flea from Red Hot Chili Peppers, Fergie from Black Eyed Peas, George Clinton, Natasha Bedingfield, Sean Paul, Jimmy Cliff, to name a few from the panel of judges.

This competition has been a career launch platform for many aspiring songwriters and musicians. Sandeep Boniface, one such aspirant, is an Elementary & Middle School Music Teacher at Canadian International School (CIS), Bangalore. His nomination as one of the finalists under the ‘World Music’ category for his song, “Moments of Bliss”, a beautiful instrumental composition, has brought about much enthusiasm amongst his listeners. Hefeels honored that one of the other finalists in this category is Grammy Award winner, Ricky Kej.

Sandeep has been a prodigy of Trinity College, London where he studied piano. He has sung and composed music for numerous radio jingles, TV commercials, documentaries, films & theatre and has also lent his expertise as a music consultant for prestigious organizations such as the National Institute of Mental Health and Neuro Sciences. A couple of months ago, Sandeep fulfilled his life-long dream of setting up his own recording studio which he has named D.J. Nitro Production.

“Music does not need to be complicated to create an impact. It is a gift from God that is capable of removing religious, racial, social and political barriers.” said Sandeep. “CIS encourages both, students and teachers to pursue their passion and channelize them into other areas of life”, he added.

“Sandeep is an extremely talented musician and I am very happy that our students are being mentored under his supervision and guidance. Right now, we all take pride in the fact that Sandeep has represented our nation and our school at this esteemed music competition alongside Ricky Kej.”, said Shweta Sastri Executive Director at Canadian International School, Bangalore.