Recently, we had gone on an offsite to Rome. We had a good time and spent a day walking on the streets of Rome. World over, all economists are enjoying themselves by generating new acronyms like PIIGS (Portugal, Italy, Ireland, Greece and Spain), etc. The PIIGS are supposed to be on the verge of getting slaughtered, economically speaking. That was the agenda with which we started walking on the streets of Rome to get a first-hand feel of what is happening at the ground. We thought that it will be a good experience for us to see how the economy copes with recession.


I had a mental image of recession and depression based on black and white movies. To my surprise, reality was very different. All the streets were crowded, all the café’s were full, people were dancing/ drinking at the piazzas at night. We went to a street called Via Condotti, which has all the high-end fashion stores. We walked through all the stores – standard window shopping. In short, we could not follow the adage – when in Rome, shop as the Romans. 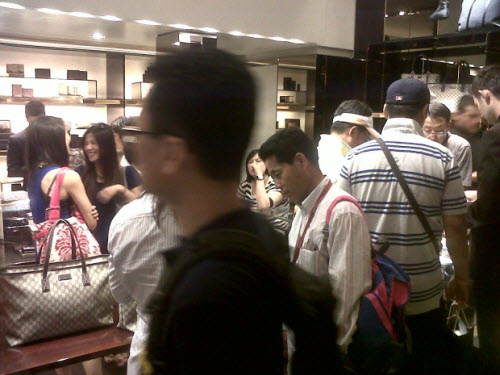 There was a huge amount of shopping happening. Everywhere, it was full of people and it was very difficult for us to make out whether the tourists were shopping or the locals were shopping. People were actually standing in the queues and picking up Gucci, Prada and Louis Vuitton. I had imagined people will be sitting and crying with shoulders drooping. Mind you there were no discounts. Discounts season is expected to start from first weekend of July.

Basically,I am getting a bit confused on what happens to people when the economy crashes and why do they shop so much?  Is it like a party when you know that people will get themselves drunk just before the bar is supposed to close? Is it that people are going to splurge knowing that tomorrow will be another long bitter day? Or is that that people are making much more noise about recession and the reality is something else.

Recently my friend went to US and there too he found shopping malls full and airlines full. I am waiting to get more inputs on people behavior during times of recession - it will be an interesting study of both economy as well as human psychology.