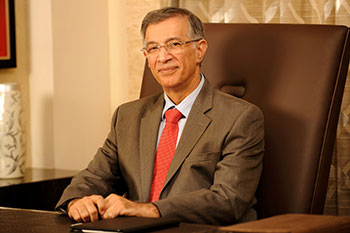 The Budget overall was good in intent in which all important and necessary sectors were touched upon and a growth trajectory was chalked out. However, we feel the spending on each sector could have been doubled as compared to what has been allotted. Overall, I feel that the Finance Minister did not take the bull by the horns.

As far as the agriculture sector is concerned, I would say it was a farm-oriented budget but also needed consequential spending, as inflation is not such a big concern right now. The government’s commitment of doubling of farm income by 2022 is a welcome step.

Second part of the budget was the wellness of the nation where again, the needs of all the sectors were addressed. Setting up of standalone solar pumps will reduce power consumption by the farmers by almost 50 per cent and also the government can expect to recover the cost of installation in the next two years.

On the water problem front, with the amount of expenditure that has been laid out in Budget 2020, I doubt it will solve the water crisis in every segment of the society.

On the Education front, the Finance Minister has laid greater emphasis on excellence in the quality of education where India had been failing so far. The idea of appointing fresh engineers in the urban local bodies as apprentices is a welcome step. As an industry body, we have found that workable skill-sets are missing in most fresh graduates.

The focus on urban infrastructure is there in the budget, however, the thrust that was needed is inadequate.  The roads which are being built at a rate of 35 km per day should have been at least 70 km per day which is an achievable target.

The turning point of the budget was the focus on the power sector. In view of the climatic change, we need to focus more on non-thermal power stations. For example, Dabhol Power Station which works only 3-4 months in a year can be made to work 365 days.

For the industry, abolition of Dividend Distribution Tax (DDT) is a welcome move. However, the corporate tax reduction and also the personal income tax slab under the tax regime need a lot of computing before we can fully understand the actual benefits. I would like to comment that this change will benefit only a certain section of the society.

Overall, the budget was high on intent and low on execution.