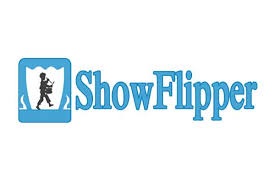 For every author, there is an inspiration to write. For Beorthram Brunt, the inspiration came from the game Dungeons and Dragons. He decided to write his first book after reading after reading (The Wierdstone of Brisingamen by Alan Garner).

Speaking about his latest book Brunt says, “South Africa ranks pretty high in the world stakes for deaths due to automobile collisions and the infrastructure put in place to deal with these horrific collisions is sometimes not adequate.” He adds, “The book  Archangel Ordeal is a hard look at a place where most of us will not go until circumstance drags us there.”

Brunt ends by saying this about his book, “Archangel Ordeal is a book that gives a vital insight to a situation where each one of us can make a potent difference; if we wish too.”

Brunt who has written several books says this about the genres of his books, “I have three main genres; Fantasy, science fiction and action adventure. Each genre has its own attractions, mostly the structure and opportunity that each field presents.” He adds, “It’s challenging to create a ‘believable’ fantasy or science fiction book; where you follow a path that could happen in reality; but in such a way as to create an exciting story.”

Brunt is candid while speaking about the message he is trying to portray in his books, “Each book has a message; a warning against folly or failing to see the consequences of a person’s actions. Each message is particular to the book; and usually not obvious.” He further adds, “The books are as realistic as can be managed; you can ‘participate’ in the book just by reading it; and although you might see where the book is going, it usually ends up somewhere quite different.”

Brunt is specific while working on the plots of his books, he says, “I find it better to have a plot, but one that allows me freedom of movement. Each plot must not restrict the characters and it must be flexible enough to allow for unexpected actions on the part of each character.”

The characters of his books in his own words, “I find it better to have a plot; but one that allows me freedom of movement. Each plot must not restrict the characters and it must be flexible enough to allow for unexpected actions on the part of each character.”

For him research is an integral part of writing a book, he states, “Research is always ongoing and constant. To write about life in a realistic vein one has to constantly look very carefully at life and each circumstance needs to be carefully thought out to give dimension to the book.”