x
Home » Top News » BREXIT deal signed; what is in it for India Inc? 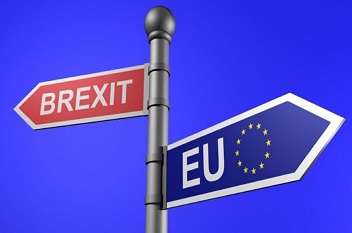 BREXIT deal signed; what is in it for India Inc?

The UK House of Commons has called a special session on 19th October to debate the BREXIT deal threadbare.

The BREXIT deal signed between Jean Claude Juncker of the EU and British PM, Boris Johnson, surely managed to change sentiments in the market. That was evident from the bounce in the Nifty and in global markets. It may still be early to celebrate as there could be many a slip between now and October 31, when the actual BREXIT is scheduled.

Next step: Getting British Parliament approval
The UK House of Commons has called a special session on October 19, 2019 to debate the BREXIT deal threadbare. There are 3 basic issues of importance here.

Macro takeaways for India from BREXIT
India remains a major trading partner for UK, and the UK has been a major source of outbound Indian investments. Interestingly, the Tata Group is the single largest employer in the UK and that makes India a significant stakeholder in BREXIT. Here is what it means.
How will BREXIT impact Indian stocks?
Among the various business groups, the Tata Group derives nearly 60% of its total annual group revenues ($105 billion) from UK and the EU. Hence, BREXIT matters a lot to the group; more so because JLR (a unit of Tata Motors) has pledged to invest $50 billion in the UK and EU in the next 4 years. Apart from Tata Motors, Tata Steel has nearly 10 million tonnes of steel capacity in the UK/EU region, while the UK/EU region accounts for nearly 15% of TCS global revenues.

But it is not just about the Tata Group. Auto ancillary players like Bharat Forge and Motherson Sumi have substantial exposure to the UK and the EU auto markets. They were among the major gainers on the day the BREXIT deal was announced. There are names like Eicher with a significant market share in the UK and EU premium motorcycle market. The list can go on but the bottom line is that India would really prefer a smooth transition. A chaotic BREXIT would be best avoided!