Read Full Story
For most Indians, Swedish furniture retail giant IKEA is known less for its products and more for its founder Ingvar Kamprad, who was among the wealthiest individuals in the world until his death in January earlier this year.

Probably, most people are not aware that IKEA has been evaluating its India prospects for over 10 years now and it was only recently (August 09, 2018) that it started operations at its first major India outlet in Hyderabad. However, a question looms on the timing of IKEA’s entry into India: Can it pull a rabbit out of its hat in the Indian retail market?

For starters, let us consider the retail scenario in India:

Many large business houses who entered the Indian retail space in the last 20 years have been facing liquidity issues. But today, the bigger threat to them is the onslaught of online retailers (e-tailers) and their discount-based pricing models. Even the original promoters of Indian e-commerce giant Flipkart have sold out to Walmart as they most likely found it increasingly difficult to match the deep pockets of Amazon.

On the other hand, Amazon, despite its deep pockets, is clear that it needs to sink another $5bn into India before it can even see the first hints of a bottom-line. It is in this scenario that IKEA has embarked on its India journey, and that too in a big way, by procuring and starting a 400,000 sq ft outlet in Hyderabad. 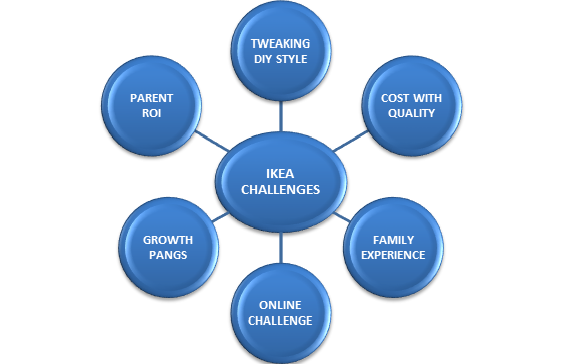 So what changed for IKEA in 10 years?

Most global white goods’ makers learned this lesson the hard way in the mid-1990s. What actually swerved the argument in favor of India was the Centre’s decision to permit 100% FDI in 2018. This was permitted in single-brand retail and this suited IKEA’s strategy perfectly as they were always averse to joint ventures with local partners.

Another important change that IKEA has made in India is a modification to the Do-It-Yourself (DIY) model. This model worked well in developed markets where labor is very expensive. So packed flat boxes with instructions were good enough! However, in a cheap labor economy like India, IKEA has adopted a conscious strategy of tying up with local specialists who can also deliver quality installations at a reasonable cost. Remember, IKEA plans 25 stores in India by 2025 and has lined up $1.5bn for investment.

Can IKEA really pull a rabbit out of its hat?

These may be early days for IKEA in India and the success of the Indian business model may predicate on some key points. And, IKEA has already started thinking on these lines…

How patient the Swedish parent will be in this game is what will determine whether IKEA can really pull a rabbit out of its hat in the Indian retail space.