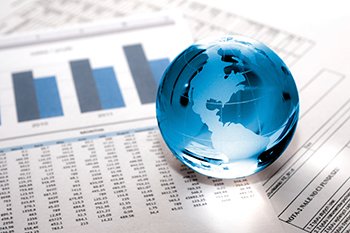 COVID crisis – How bad is the Indian economy hit?

Production has been almost nil because of the lockdown restrictions. Even if it is restored, immediate demand would be scarce, given the restrictions and prevailing apprehensions.

No prizes for guessing COVID-19 has been one of the worst enemies for the economic engines of India and other parts of the world. Several international rating agencies estimate that Indian growth numbers would turn negative in the quarters ahead. Apart from the worrisome GDP figures, many other concerns are afflicting the Indian economy even as the lockdown is being gradually lifted.

GDP growth rate – at an appalling low? Production has been almost nil because of the lockdown restrictions. Even if it is restored, immediate demand would be scarce, giventhe restrictions and prevailing apprehensions. Private investments and exports have also declined. Based on these crucial factors, many economic pundits have predicted that India’s GDP would come in at an appallingly low level.The central bank has also averred that GDP growth would remain in the negative territory in FY21.

Rising unemployment – a turn for the worse: One of the biggest threatsto the economy that is not showing signs of recovery is unemployment. According to the Centre for Monitoring Indian Economy, 27 million people in the age group 20‐30 years have lost their jobs in April,taking the country’s unemployment rate to 24%. Further exacerbating the situation is the fact that migrant populations living in big Indian cities have been moving back home(to their villages),and renowned startups like Ola, Uber, and Swiggyhave been laying off workforce.

The fiscal deficit could worsen: The governmenthas recently announced several stimulus packages to revive demand and focus on supply. TheRBI also announced several relief measures, which would impact the balance sheet. Government expenditure, going forth, could be lower as its revenue gets impacted and it needs to deliver the Rs 20 trillion stimulus package promised earlier.

Menace of inflation looming: The pandemic’simpact on inflation is not entirely clear yet.Surely there are supply disruptions as business activities have come to a standstill, which would define the inflation trajectory, going forward. The RBI has announced a slew of benchmark rate cuts with the repo rate currently at a new low (in several quarters) of 4%. These measurescould encourage banks to lend to businesses and individuals.

FDI flows – a bright spot: FPI and FDI inflows have been intact as India continues to enjoy the trust of foreign investors; this seems to be the silver lining in the dark clouds. FDI is crucial to growth in this financial yearsince it could create employment opportunities.With many companies leaving China due to their alleged role in spreading the virus and setting up manufacturing units in other Asian countries, this could be India’s moment in attracting investments.

Tradedeficit at worst in four years: While India has always been a current account deficit country (importing more than exporting), the recent data shows that exports have shrunk by a stupendous 61% in April and trade deficit is at the lowest in the past four years;70% of export orders have been cancelled because of the global shutdowns. Going ahead, one needs to look out for oil prices, as these form the most significant chunk of India’s trade basket.

Forex reserves depleting: Until March the forex reserves were rising and had reached a lifetime high of USD487 billion. However, these have been decreasing since then and now stand at USD484 billion. A sharp decline such as this is not a good sign for the economy.

Industrial production at its worst since 2005: Industrial output plunged by 17% in March, as per the IIP data.As the pandemic shook the world in March, the core sector output of eight core industries in India contracted by 6.5%, which is the worst fall witnessed since 2005.

While the situation seems to look severe,which no one could have predicted, there is still hope. With companies and production gradually resuming (with the phased lifting of the lockdown and the possibility of a vaccine on the horizon), the economy could make a huge comeback – which could lead to more positivedevelopments than those being currently predicted.