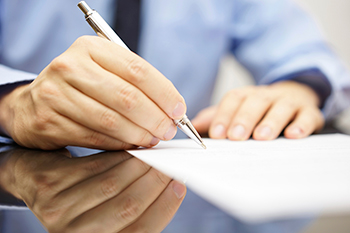 Credit set to expand in FY20 - Will banks gain?

While mid or large corporates are beginning to borrow, micro and small companies are also aiding the credit expansion. Retail loans too could well catch bankers' fancy.

Bank loans are expanding after two-three years of lull as companies are gearing up to embark on expansions post elections with a new government ensuring stability in economic policy framing.

Loans given to individuals, industries and farmers grew 13.24% to Rs97.67 lakh crore for the fortnight to March 29. The pace of growth was significantly low at 9.85% in FY2018. In past few years, the credit growth has been sluggish in single digit with banks turning averse for fresh lending. They were busy managing mammoth bad assets running into lakhs of crores rupees.

While mid or large corporates are beginning to borrow, micro and small companies are also aiding the credit expansion. Retail loans too could well catch bankers' fancy.

Bankers say, companies will borrow more after the general elections.  The new government will usher India Inc to embark on expansions amid stability in policy formations.

Beginning this financial year, Bangalore International Airport Ltd (BIAL), has raised Rs10,200cr from the State Bank of India and Axis Bank marking it as one of the largest loans in recent times, show media reports.

Similarly, Reliance Jio’s fibre unit is in the process of obtaining a new credit line of upto Rs27,000cr from a group of four lenders, a leading business daily reported.

Retail segment is expected to continue to grow at a strong pace - 19% CAGR over 2019-20 led by strong consumer demand and increase in penetration by banks, Crisil Research said in a note more than a month ago.

Within retail, non-housing retail segment would see relatively robust growth while home loans are anticipated to grow at a steady pace over next two years.

Non-banking finance companies are expected to come back to growth cycle this fiscal year as the crisis of capital contracts in the sector.

NBFCs reach to nook and corner of the 1.3 billion people country where banks have their own limitations to lend beyond a boundary.

The demand for credit however, is holding lenders to cut interest rates passing on the full benefits of two consecutive rate reductions by the Reserve Bank of India. Banks need public deposits to lend more. This is the precise reason they are unwilling to slash rates as depositors may shy away and buy retail bonds instead of locking money in fixed deposits.

Total commercial sector loans stood at Rs62.3 lakh crore with micro, small and medium enterprises (MSMEs) accounting for Rs14.8 lakh crore or 23.7% of loans, Times of India reported citing a report. Within MSME, the micro segment comprising loans of below Rs1cr is the fastest growing and stands at Rs4.5 lakh crore as on December 2018.

According to data compiled by Trans-Union Cibil and Sidbi, Micro loans to individuals have grown at 19.2% year-on-year as on December 2018 as compared to 14.4% growth in overall bank credit. There is an increasing number of small businessmen borrowing in individual capacity as access to credit improves.

But, there is a risk of populism amid electioneering. Political parties promise to dol out farmer loan waiver schemes, which in turn may increase chances of defaults. This could well be a drag for the country's credit growth, if not tackled in right manner, experts say. Credit discipline needs to be protected without impairing regular repayment habits.