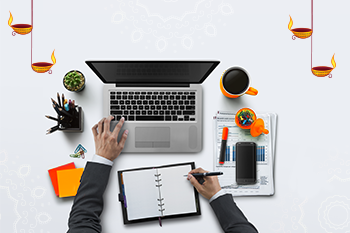 “How is the Josh?” may be the wrong question to ask retail consumers during this festival season. Consumer sentiments have taken a hit for a variety of reasons and that is expected to hit the festival mood. There is a weird connection between festivals and consumer demand the world over. Be it Christmas in the US and Europe or Single’s Day in China or Dussehra and Diwali in India, there has long been a correlation between consumption and festivities across the world. From that perspective, the festive mood among consumers has been fairly tepid this year, compared to previous years. But does that apply to the stock markets too?

If one were to look at the stock market levels, the Sensex is just about 2000 points shy of its all time high while the Nifty is about 400 points short. Stock market analysts are bombarded with questions like “When will Sensex touch 50,000?” or “When will the Nifty scale 15,000?”. It may be too premature to attempt to answer these questions. But let us first look at the pros and cons for the market in this festive season.

What could work against the market mood this festive season?
The shopping queues at the malls and the footfalls have a slightly discouraging story to tell. Here is what could actually work against the market.
But there are also some positives for markets this festive season
However, markets have shown their ability to ring-fence from the sentiments at the ground level and look at the bigger picture ahead. This is what could work for market sentiments.
In terms of consumer demand, this festive season could disappoint relative to previous years. But the market is likely to focus on the bigger picture ahead. And, that is definitely bright!