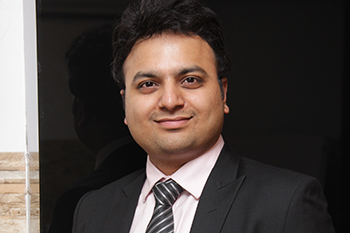 Indian Equities cracked on global rout. There are some India specific issues, but lot of things going for us as well.

The Nifty, in a shocking development, plunged 7% in a single week. Although a few disappointing corporate results and PSU slippages did intensify the fall, the crash clearly had its roots in the global rout. Global markets, beyond doubt, have turned rather scary in the last few days. US Fed Reserve chief Janet Yellen’s recent statements have only confused investors. After guiding (or building) expectations of rate hike in line with the gradual US economic recovery, she has now changed track in the diametrically opposite direction. She now doesn’t find global conditions conducive for growth thereby hinting at a slower rate hike. Given this surprise move, some factions expect her to do a complete U-turn. At a recent conference, a speaker aptly quipped, though in a lighter vein, that US Fed has historically been terrible at forecasting its own actions! On the other hand, the ECB and Japan have introduced negative interest rates to encourage investments. First, tons of monetary stimulus…and now, negative interest rates! Clearly, global investors have lost confidence in their Central Bankers’ ability to support growth. We are now at near lowest point in recorded history on the Baltic dry index. World trade is declining at an astonishing rate. The fear of an impending bubble has triggered panic.

In US, a sustained erosion in equity prices could damage the economy and lower consumer confidence and spends. US 10-year treasury inflation protected securities (TIPS) spreads are dropping fast, a clear reflection of sinking inflation expectations. Industrial production numbers in the three major Euro economies, namely Germany, France and Italy, are downhill. In China, economic concerns abound, are now accompanied by rising market volatility and currency risks. And in case of Japan, yields on 10-year government bond rate dropped below zero (and yet the currency is strong!) So, all the major economic blocks are now staring at a recession.

The risk of China’s currency devaluation is still not behind us. Like it has done historically, it could devalue substantially in order to save its economy. That could result in a currency war with other nations following suit to maintain their export market share. In ordinary times, falling crude and commodities may have been seen as a positive for consuming nations, but the current fall seemingly reminds us of the depths of bottomless pit, which is terrifying. IEA estimates oil demand growth to slow in 2016 even as supply continues unabated.

Companies around the world are posting atrocious results. Deutsche Bank reported a fourth quarter loss to the tune of 2.1 billion euros. The spreads on its credit defaults swaps have soared. Trading in the CDS market has heightened like in the tough 2008 period. The fear of energy sector loan defaults is haunting world banks. Bank stocks are actually grasping for breath in an environment of low interest rates and stringent compliance. Naturally, their profitability is squeezed to dismal levels.

What does all this mean for India? Let’s first face the bad part. If foreign portfolio investors’ exit intensifies further, we are in for more pain in the near term as Indian market relies substantially on the impetus of foreign capital. Already, sovereign wealth funds have been pulled out to support the cause of their respective governments facing deficits. So far, FPI selling has been moderate and largely offset by DIIs, so actually the lack of buyers and short selling triggered last week’s panic. Imagine if a large global bank was to default or China’s Yuan was to materially depreciate, then FPI run to safety would intensity.

One vexing India specific problem is the lack of revival in corporate performance. This will be the third quarter of fall in earnings and recovery still eludes us. On the political front, the government is grappling with too many political issues, hindering the pace of reforms.

Now the good part…Valuations are getting reasonable, even with conservative projections. While it is difficult to predict the time span of an earnings recovery but as and when it happens, it would mean a 20%+ CAGR in the years to follow – that would undoubtedly spell a golden phase for equities.

2016, as of now, seems a tough year for the index. But it will also be a great year for savvy investors to accumulate great businesses at a discount. From being the world’s fastest growing large economy with reasonable macros to a nation of an excellent demographic profile, India has many things going for it.

If you choose to see the glass half full, then the best part of the discount phase may be its longevity. The sale won’t end in a hurry. Worries around the Union Budget, upcoming State Elections and jittery global markets together will grant ample time to investors to accumulate stocks over at least 3-4 months. Of course, there would be relief rallies along the way (as I write to you, Dow bounced back on Friday after a 5-day slide) but I don’t see the stock demand-supply equation changing anytime soon.

On a brighter note, RBI Governor Mr. Raghuram Rajan has done a fantastic job of fast tracking the cleanup of bank balance sheets. Never mind the near term stock market impact, the RBI action will do wonders for the economy and the market in the long term.

So when do we recover? Don’t seek the answers to this million-dollar question on the world map. The globe is too complex to offer silver bullet solutions. Keep it simple and stay focused inward – on India. Try to envision the likely revival in Indian corporate earnings, likewise in individual stocks. My humble advice would be: hold on to the quality names in your portfolio. And even at these levels, don’t hesitate to get rid of any ‘concept’ stories or promises of poor managements. Gradually accumulate fundamentally sound stocks at discounts. Many individual stocks may bottom-out earlier than the market does. But like I said, the best part is that you need not buy all at once.

Always remind yourself of this mantra, ‘the best returns are made on stocks purchased during market mayhem.’