x
Home » Top News » Markets psyche - A mind of its own 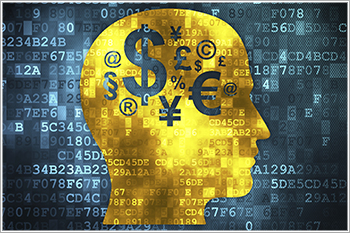 Markets psyche - A mind of its own

Personification of the markets can lead to an inference that the price discovery mechanism has a mind of its own. The mind or the ‘invisible hand’ factors in all the permutations and combinations much before than it is in the public domain. Markets conspicuously seem fickle, as an event seemingly trivial transforms into a significant phenomenon. Investor’s sentiment and allocation of funds undergo persistent flux. Geopolitical dynamics, shift in sovereign monetary policies, transition in global economic trajectory and several other variables constantly linger in the minds of the market participants. Gazing at the crystal ball to predict the factors which can determine the future course is simply an attempt in futility. Markets are believed to behave in an unpredictable manner. They may not pay any heed to any major fundamental trigger, while may turn on a dime in response to trifles. It is strange but true that people tend to interpret everything and make sense even out of the zilch. Sometimes trying to understand the exact cause behind an event can prove pointless. A particular event/move may find no relevance with the existing fundamental/technical studies. Theoretically, price should be determined by the forces of supply and demand. The degree of elasticity in the demand and supply can decide the proportionate appreciation/depreciation in prices. Nevertheless, exogenous variables (know/unknown) can simply overshadow the supply/demand equation.

With due respect to fundamental analysis, one should canoe with the evolving dynamics of the market. Price as a function of demand and supply relentlessly discounts everything, so one should not be hell bent on the predetermined long term view. What looks good today might not look good tomorrow. People often ask ‘What is your long term view?’ I prudently revert ‘The only certain view is that we all are dead in the long run’. The factors defining the long term view itself invariably undergo flux. So, therein lies the rub. How the long term view can remain constant? The answer lies within. Experience teaches that when time cycle has to change, imperatively a catalyst has to re-emerge. Driving factor of a particular asset class is superseded by some other persuasive story. Importance should not be attributed to the instrumental factors; the weight should be laid on the shift in the time cycle. Time cycle will prevail regardless of what dynamics coexist with it.

The vacillation of the contemporary central banks (in respect with the monetary policy) clearly exhibits the vagaries which we dwell with. The predicament is illustrated by the fact that inspite of loose monetary policies adopted by various central banks during the past six years, the outcome has been looming threat of deflation and slowing growth across the globe. This is quite contrasting to the theory that injection of money supply leads to inflation and stimulates growth. Such is the sorry state of affairs that ECB and BOJ have miserably failed to even attain a benign inflation level of 2%. In India as well, the Reserve Bank is irresolute regarding the interest rate trajectory, inspite of the moderation in inflation and growth. The incumbent government has been strongly lobbying for further cut in interest rates. However, economic crosscurrents across the globe have fostered indecisiveness. Idiosyncrasies of economics and markets compel central banks to constantly adjust their yardsticks/objectives.

This also corroborates the notion that every equation and correlation may not hold water in all circumstances. Gold price trajectory during the past few years has been a classic example of the same. The yellow metal registered a life time high of US$1,912/oz during August 2012, helped by quantitative easing measures by US Federal Reserve, ECB and PBOC in order to combat the financial crisis. However, the scenario completely changed when sovereign debt crisis emanating from Europe became profound. Increasing probability of Italy, Spain and Greece going default on its debt failed to provide any impetus to the gold bugs. Divergently, gold prices tumbled from the life time high and in the process have hit the nadir of US$1,132/oz during November 2014. That move was termed as highly uncharacteristic, considering the fact that economic turmoil and uncertainty is a perfect recipe for higher gold prices.

In true sense, what seems irrational is not actually that unreasonable. The descent in gold prices was a precursor to the improvement in US economic growth and ensuing tapering of the monetary stimulus. Markets have the sixth sense; however the irony is that they function in their own peculiar way.