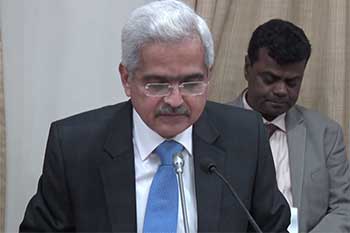 Here are the individual perspectives of the six members of the Monetary Policy Committee.

The MPC minutes, published 14 days after the monetary policy, was eagerly awaited this time around. The markets wanted to get a clear picture of the individual perspective of the MPC members and also the outlook for the forthcoming policy in April 2020. The monetary policy statement announced on February 06, 2020 had maintained status quo on rates and held the accommodative stance of the monetary policy. At the end of the debate, there was total consensus among the six members to maintain status quo on rates and also on the stance. Here are the individual perspectives of the six members of the Monetary Policy Committee.

Like on previous occasions, Dr. Ghate has focused on the expected inflation and the expected growth. While growth expectations are still ambivalent, the inflation expectations are on the higher side, albeit lower than the previous policy. Dr. Ghate expressed concerns on two fronts viz. the sharp rise in food inflation and the gradual increase in non-core inflation (excluding food and fuel) in last couple of months. He also pointed out that low growth and high inflation could also pose a key policy challenge for the RBI and hence the primary focus must be to first bring the CPI headline inflation under the 6% band and eventually towards the mean rate of 4%. Dr. Ghate also pointed out that since loan cost transmission (in the form of lower WALR) was just beginning to manifest, it would be a good idea to wait for further cuts. Ghate voted for status quo on repo rates.

Dr. Dua pointed that the first advance estimates of GDP growth put out by the National Statistical Office (NSO) at 5% for 2019-20, was indicative of larger structural problems in manufacturing. At 699% capacity utilization, manufacturing needs more than monetary loosening. The need of the hour is to let tax cuts and other fiscal incentives play out. She pointed out that even though inflation expectations may be lower; further rate cuts may not stimulate economic growth. Dr. Dua also pointed out that high frequency growth indicators were just showing green-shoots of recovery and it would be better to go slow on further rate cuts. Dr. Dua voted for status quo on repo rates and an accommodative stance.

Dr. Dholakia brought the academic perspective to the MPC discussions. According to Dr. Dholakia, the good news was that the bumper Rabi crop may more than compensate for the weak Kharif output. Early estimates are hinting at a record food grain output this year. He was of the view that the record Rabi output would eventually tame inflation; so it is best to keep policy space for the future. Dr. Dholakia also warned that the Chinese pandemic could lead to bouts of volatility in oil prices and that could impact inflation. It may be better to use rate cuts once inflation starts tapering. Dr. Dholakia also voted for status quo on repo rates.

Dr. Raj is a recent appointee to the MPC and he brings an insider perspective as the Executive Director of RBI. Dr. Raj pointed out that the big challenge for inflation going ahead will be the core inflation where the cost pressures will start to show. He suggested waiting till the full impact of 135 bps cut in 2019 are factored into loan costs; which should happen with a lag. According to Raj, the conflicting dynamics of weak demand for goods and supply shocks on prices are creating a challenge for monetary policy. Dr. Raj also voted for status quo on repo rates.

Dr. Patra noted that the breach of the upper tolerance band of inflation was a matter of concern and rate cuts were ruled out till inflation came back into the band. He also underlined that global growth momentum was weakening and the Chinese pandemic had only added to it. It just did not add value to experiment with further rate cuts, especially when inflation was high and sticky. Dr. Patra also voted for a status quo suggesting that the MPC wait till the budget stimulus measures play out.

With a virtual consensus on the rates and the stance, the RBI governor was not required to do much. Dr. Das pointed out that while the transmission had been complete at the short end, it was lower at the long end of the yield curve and in floating rate loans. With the shift to external benchmarking, Das is confident of better transmission. He also underlined that the counter cyclical measures in the budget could be growth accretive and hence the MPC must give room for fiscal stimulus to play out. Das also voted for a status quo on rates while maintaining stance as accommodative.

Overall, the tone appears to be cautious and there are no signs that the stance may change in April.