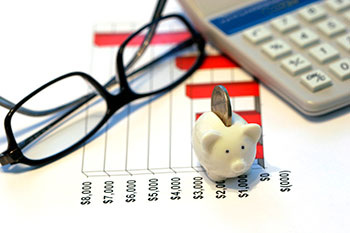 2016 has been a year of major changes globally as well as for India. First half of the year saw the equity markets getting stimulus for growth from above average monsoon forecasts as well as from GST bills getting passed. But then the market lost its momentum in the second half of the year, due to the war fears post India's surgical strike. Then markets plummeted to six months' low due to bearish sentiments unleashed by twin events of demonetisation and Donald Trump getting elected as US President.

2017 is expected to be the year, the first half of which should see the Indian economy first stabilising from the deceleration effect which was set off by demonetisation. Globally, fiscal policies expected to be followed by Trump in US, may be inflationary and more rate hikes in US is clearly in offing, keeping dollar strong and maintaining pressure on Emerging Market flows. However, the interesting factor to note, is when last time US fed had a long sequence of rate hikes, it was also accompanied by Bull Run in the Indian stock market. 2017 Budget being announced on February 1, should showcase the good macro state of Indian economy especially the fiscal balance aided by healthy tax collections. Forex reserves are expected to remain healthy keeping current account deficit under control as exports remain resilient due to strong dollar. This structural strength should lead to relative out-performance of India amongst emerging economies.

In the second half of 2017, Indian economy is expected to rebound back to good growth rates, largely by GST kicking off along with lower interest regime. GST should make the unorganised sector become more tax compliant and thereby drive additional growth for the organised corporate sector. RBI may further cut down the interest rates, as inflation is likely to remain under control. So, these should clearly propel the corporate earnings growth rate driving market upwards. Both Sensex and Nifty look set to outperform in 2017 after a run of poor performance in 2015 and 2016. Specific sectors which are likely outperform in 2017, are financials, metals and industrials.

Now with demonetisation effect coming into the picture, 2017 should see the AUM of Mutual Funds reaching another milestone. With interest rates declining, debt funds are going to be out-performers in the first half of 2017 and GST effect kicking in by later half of 2017; we expect even equity funds to join the party.

So, end of 2017 should see AUM crossing Rs 20 trillion for first time ever. India's AUM to GDP ratio is poor compared to its developing counterparts such as Russia and Brazil. So, there is huge scope of growth in India and demonetisation effect should see huge inflows in MF AUMs as cash in the economy moves to banks and then to MFs for deployment.