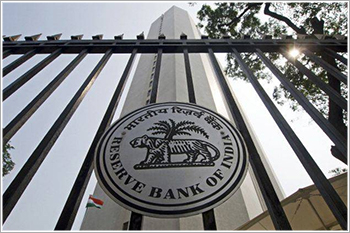 The current economic landscape poses various crosscurrents, implying that the central bank will remain irresolute regarding the interest rate trajectory.

Making a choice between two unfavourable alternatives is an unenviable task. Unfortunately, the Reserve Bank of India faces the same predicament. The incumbent regime has been coaxing the central bank for a lower interest rate environment, considering the sharp moderation in inflationary pressure (due to fall in oil prices). As a result, Reserve Bank of India recently slashed the repo rate by 25 basis points to 7.5%. The central bank explained that Indian rupee has been resilient for quite some time, when compared with fragility in the other emerging market currencies. RBI governor added that a strong currency is not helpful especially when major economies are under the threat of deflation. A strong domestic unit in such an environment can aggravate the disinflationary trend. Considering the fact that interest rates are close to zero percent in many economies and recent inflation levels being moderate in India, there is a probability of further easing in monetary policy by the RBI.

However, the dilemma for the central bank is that there is a looming threat of a rise in food inflation owing to unseasonal rains in northern part of the nation. Rabi (winter) crop, which covers more than 60mn hectares, has seen severe damage. Over 5m hectares is estimated to have been adversely impacted. In fact, the yield loss on the crop can worsen further. Prices of perishable food items (vegetables and fruits) have already started spiraling. In India, food inflation has always remained as a thorn in the flesh for the central bank. Barring the recent moderation in consumer prices, the overall trajectory in food prices has never appeared benign. Prices of perishable and non-perishable agricultural commodities remain vulnerable to unpredictable monsoon, inefficient warehousing infrastructure, supply bottlenecks and black marketing. In other words, food inflation in India is a synonym for ‘Achilles heel’. Perennial woes can impair the decisiveness of the central bank and the incumbent regime. With more than quarter of India’s population below the poverty line, containment of inflationary pressure remains the top priority for the think tank.

Such a quandary is reminiscent of the ‘Prisoner’s dilemma’, a classic example of the game theory. We like to simulate this scenario into a game theory matrix and extrapolate the outcome of the probable events and actions thereof.


Regardless of the move RBI initiates, the outcome will land the RBI in a tight spot. The current economic landscape poses various crosscurrents, implying that the central bank will remain irresolute regarding the interest rate trajectory. In addition, contrasting macroeconomic developments on both sides of Atlantic (Europe and US) makes the job of designing the monetary policy an onerous one. Growing probability of an interest rate hike in US and gloomy economic backdrop has reinforced the perception of US dollar as a safe haven asset. This simply leads to risk aversion and ensuing flight of capital from emerging markets and various assets classes. Such a scenario enacts as a fierce headwind for countries like India.