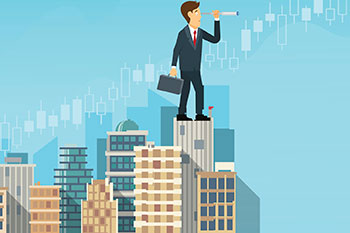 The outlook on rupee, gold, oil and agri-commodities in FY20

The IMF has downgraded the growth outlook for the world economy from 3.5% to 3.3% for the calendar year 2019.

Just as our outlook on stocks and bonds play a key role in investment decisions, there is a larger macro picture that we also need to take care of. First let us have a background to look at the outlook for these asset classes. The IMF has downgraded the growth outlook for the world economy from 3.5% to 3.3% for the calendar year 2019. Interestingly, while the US, EU, Japan and China are likely to be under pressure, India’s GDP growth is likely to remain higher than the previous year. A lot will depend on how the trade war between the US China, UK’s exit from the EU and oil demand/supply dynamic play out.

Outlook for Indian rupee
The rupee would be driven by rupee specific factors as well as the dollar related factors. With lower growth in the US and pressure on consumption already showing up, the dollar could either be flat or under pressure. That is likely to be positive for the Indian rupee in terms of external strength. The rupee will also be contingent on the trade deficit, CAD and the capital flow coming from FPIs into debt and equity.

FPI flows are likely to continue pouring money into India which is one of the few high growth large markets. We have already seen Rs45,000cr infused in March and another Rs12,000cr infused in the first week of April. That will keep the rupee buoyant. However, with oil price likely to remain at elevated levels (as we shall see in the oil outlook), the CAD and the trade deficit will be under pressure. Also, the RBI is likely to persist with its dollar swap auctions and that is likely to be a ceiling on the rupee appreciation. Most likely, the INR could be in a broad range of 70/$ to 75/$ through the year.

Outlook for crude oil
Crude continues to be a key macroeconomic input due to India’s 80% dependence on imported oil. There are a variety of factors that are playing on oil at this point of time. For example, the sanctions on Iran and Venezuela are likely to put pressure on oil prices. Despite the 20bps downgrade in world GDP growth, the impact on oil demand is unlikely to be too big. Thus oil may continue to remain undersupplied in the coming year. The only question mark is whether the US will enhance its output substantially? If Russia cooperates with Saudi Arabia and the OPEC, the US will prefer to sit on the sidelines and not disrupt the price too much. While we do not see a runaway rally in oil, it could hover above the $70/bbl mark.

How does it look for gold in FY20?
The yellow metal did see a sharp rally when the global geopolitical and economic situation was in a state flux. The price of gold could gain substantively only if the dollar corrects sharply. While the dollar will be under pressure, we don’t see any sharp correction in the dollar. Gold prices may stay above $1300/oz in the global spot market but since the global growth slowdown is temporary, we don’t see any long term benefits for gold. It could, at best, be a hedge in your portfolio.

Outlook for agricultural commodities
The outlook for agri commodities is likely to be a lot more mixed this year. Cotton demand is likely to be negatively impacted by the global economic slowdown. Sugar prices may move up during the year as the sugar crop in Maharashtra has grossly underperformed. Being the second largest state of the second largest sugar producing country, this is likely to put pressure and put sugar prices higher. Jeera could see weakness as the sowing has picked of late and that is likely to dampen prices. Finally, palm oil which is predominantly produced by Malaysia and Indonesia, could benefit from a more favourable duty structure by these nations. Indian food grain production is expected to remain above 280 million tonnes.