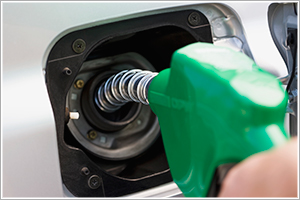 Why the government won’t consider cutting excise on fuel prices?

How much does the Centre earn from this excise and why can't it get rid of this revenue?

Have you thought twice about taking your personal vehicle for a spin or even for some unimportant work and felt a pinch in your stomach due to the rising fuel prices. So, have you wondered, why are the prices rising?

Various factors have been thrown up to answer this question like rising crude prices, a depreciating rupee and the most debated – steep rise in excise levied by the Centre and VAT charged by the states.

In an alarming situation, on September 11, petrol was being sold at Rs90.05 in Parbani, Maharashtra. In Delhi and Mumbai, petrol continued to get costlier, with prices touching as high as Rs80.87 and Rs88.26, respectively, higher by Rs10 since the beginning of the year.

To protest this hike, the 21-party led opposition, led by the Congress, took to the streets calling for a “Bharat Bandh.” They claim that the rising prices aren’t subsiding due to the exorbitant excise duty levied on it, which the saffron party has increased nine times since coming to power in 2014. Reportedly, central and state taxes on fuel account for about 45% of the retail price as the VAT varies state-wise. BJP, meanwhile, has put the entire onus on global factors.

How much does the Centre earn from the excise on fuel?

Incidentally, fuel in India is the costliest compared to the whole of South Asia, with the government reaping a bounty by increasing tax rates. The current NDA government has mastered this game. Currently, the Centre levies an excise duty of Rs19.48 per litre on petrol and Rs15.33 per litre on diesel. Between November 2014 and January 2016, even as global crude oil prices fell, the Centre didn’t allow the benefits to pass on to the common man. Instead, it shored up its finances raising the excise duty on petrol by Rs11.77 a litre and that on diesel by Rs13.47 a litre in nine instalments.

Then, will the Centre slay the hen that lays the golden egg?

Considering the staggering figures mentioned above, it is no surprise that the Centre is adamant about not wanting to reduce excise on fuel. Instead, they insist that the states should cut VAT. The argument is that a cut in taxes in percentage terms will make minimal difference to states’ revenue, while the Centre stands to lose much more. Further, it is argued that 40% of the taxes that the Centre collects is passed on to the states. States also follow the system of ad valorem levies, which leads to a revenue surge whenever prices are hiked.

Moreover, the government is of the view that a weaker rupee combined with swelling global crude prices will surely impact the fiscal deficit and the current account deficit, which is the measure of a country’s imports against its exports. As per government estimates, a cut in duties will hit the rupee and interest rates due to the domino effect on the bond market, which will lead to revenue loss.

The government is also worried that slashing excise will cut the government’s income, leading to budget cuts in developmental expenditure, especially during election year.

The opposition’s other demand of bringing petrol and diesel under the GST has also been scoffed at. The current rate of taxation is apparently 100% on petrol and 67% on diesel. These rates, obviously, don’t fall under any of the existing GST slabs, 0%, 5%, 12%, 18%, and 28%. So, if the rates are lowered, the same question arises: Who will fill in for the shortfall in revenue?

Considering these arguments, it seems unlikely that the Centre will ease the excise on fuel. All solutions are easier said than done!