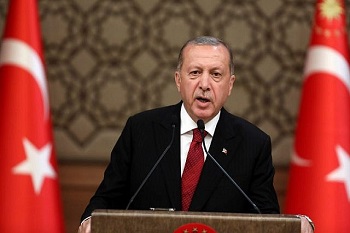 Will the tumbling lira spur tourism in Turkey?

The value of lira has nosedived since January, losing more than 34% of its value against the dollar.

The lira is in freefall, with each low beating the previous one, thanks to the growing tensions between Turkey and the US and other financial challenges facing the economy.

The value of lira has nosedived since January, 2018, losing more than 34% of its value against the dollar. A bunch of factors have contributed to this crash in the currency. First, the nation has a huge current account deficit, owing to high debt levels in the private sector. Second, the government has borrowed heavily in foreign currencies further contributing to the deficit. Third, inflation hit 15.9% in July, which is five times the average rate for developed countries. Fears regarding a bubble bust in the construction sector also hover, leaving banks with high debt levels.

Besides these blaring warning signs of a looming economic crisis, the country is in the midst of a political crisis as well. The friction between the US and Turkey is on the rise, with president Donald Trump reviewing the country's duty-free access to the US market in retaliation to the detention of an American pastor.

As Erdogan shows no signs of backing down, financial market investors are uneasy about his views on economic policies. The market sell-off is thus spreading to other emerging-market currencies.

The fallout has also seen European markets plummet, owing to worries regarding contagion effects, especially with respect to banks exposed to the lira. On Friday, the FTSE fell 75 points, while Germany’s Dax ended the day down 2%.

In 2015, Turkey attracted roughly 42 million foreign visitors. This figure declined to 25 million in 2016 on the back of several terrorist attacks and an attempted military coup in July 2016.

Except the area close to the Syrian border and the city of Diyarbakir, the Foreign and Commonwealth Office (FCO) have now marked Turkey as a safe place to visit.

Since then, a 63% yoy increase in bookings to Turkey have been reported by Tour operator Thomas Cook during 2018, with Antalya overtaking Mallorca’s Palma airport as the company’s most served for UK customers.

As per Debenhams Personal Finance’s research, one in eight Britons choose their holiday destination based on the current exchange rate.
A spokesperson of the Debenhams said “People often take for granted how much they spend when on a week away, so it’s certainly worth taking exchange rates into consideration. Making the most of travel money rate sales can be a great way to cut costs, particularly ahead of the August Bank Holiday, when many people will be making the most of the extended weekend.”

Anth Mooney of Thomas Cook Money said, "The lira is at an all-time low against the pound, and thanks to the heatwave there's a lot of very good value holiday deals on offer, so there's never been a better time to holiday in Turkey."

Although the pound has grown in value against the lira, it has not fared well against other currencies.

Russian tourists are also heading to Turkey in droves, albeit the downing of a Russian warplane by the country in 2015. As per Daily Sabah, 2018 will be a record year, with six million Russians visiting Turkey.

Meanwhile, the US rates Turkey at level three, indicating that people should reconsider their travel to the country.