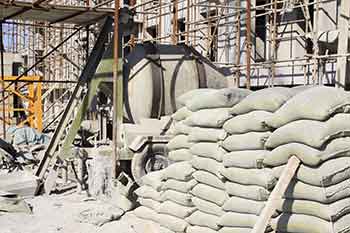 The listed players of Cement sector put together reported ~20% yoy volume growth for the quarter ended December 2017 on a favourable base (impacted by demonetisation) and inorganic growth (majorly for UltraTech Cement (UCL)). On the flipside, the operating profitability of the companies were impacted by multiple macro headwinds like (a) slowdown in construction activities in Bihar, Tamil Nadu, etc. due to sand mining ban, (b) higher energy cost owing to pet coke usage ban in parts of North India (petcoke and imported coal prices rose) and (c) increase in diesel prices and ban on overloading led to higher freight cost.

However, companies are positive on the demand outlook given the government’s thrust on infrastructure and schemes like Housing for All. However, amidst increasing capacity and competition, we remain cautious on the realisation outlook. Thus, we are bullish on the companies with lower cost structure and higher potential to increase volumes. We recommend BUY on Shree Cement (SCL), JK Cement (JKCE) and Dalmia Bharat (DBL).

Low base and inorganic growth – A catalyst for Q3FY17 volumes

Amid growing competition and increasing capacity, realisation scenario not encouraging

As per our channel check, the all India average realisation remained flat for the quarter. The prices grew in East (8.5% yoy) and Central (3.8%) for Q3FY18, remained flat for North and declined by ~8% in South and 2.2% in West. The all India average prices at January end were up 7% yoy and 3% mom, led by strong pricing in East, West and Central regions.

Volumes to cheer the sector going ahead, realisations a concern

The DIPP data indicates revival in cement production during the months of November and December 2017 after negative/flat growth in preceding 12 months. The cement demand growth is expected at ~3% for FY2018E and 4-5% in FY2019E, as per ICRA. Various companies have indicated that the demand outlook is robust for the next 5 years (high single digits) supported by government spending on infrastructure, irrigation and various schemes like Housing for All. Further, sand mining ban upliftment and acceptance of M-sand in various regions is aiding the construction activities. Additionally, the improvement in utilization levels of newly acquired capacities and capacity addition by few players (SCL, Orient Cement, etc.) would also lead to higher volumes.

The all India average prices at January end were up 7% yoy and 3% mom. However, low industry utilisation (due to higher capacity) and increasing competition would restrict any drastic price hikes to pass on the increased costs. Hence, we are more bullish on the companies with lower cost structure and higher potential to increase volumes. We recommend BUY on SCL, JK Cement and DBL.

Shree Cement (SCL), the largest cement manufacturer in North India, is set to benefit from capacity expansion amid improving demand scenario. SCL is estimated to add ~14MTPA capacity, spread across India over the next 2-3 years, which would make the company a pan India player. In the last quarter, SCL acquired Union Cement Company (UCC) in the UAE (4mtpa capacity) at an EV of ~Rs1,945cr translating into EV/tonne of $76 (~41% discount to replacement cost in India). Further, easing of sand availability in Bihar and access to high growth regions of North and East would aid volume growth. Led by strong volume growth and low cost structure, revenue and PAT CAGR is estimated at 19.5% and 14.5% respectively over FY17-20E. Stock currently trades at 12.7 FY20E EV/EBITDA.

JK Cement (JKCEM), with total grey cement capacity of 10.8mtpa, is also set to benefit from expected volume growth in North India. Additionally, it is the third largest white cement player in the world with a capacity of 1.2mtpa. We expect JKCEM to register strong revenue and PAT CAGR of 14.5% and 35.5% over FY17-20E led by (a) improving utilization level in North India (government spending on roads and affordable housing) and (b) strong performance of white cement (pricing 2.5x grey cement). Further, cost rationalisation through economies of scale, commissioning of railway siding and grid connection at the UAE plant would aid company’s profitability. Stock currently trades at 6.7x FY20E EV/EBITDA.

Dalmia Bharat Limited (DBL) is a dominant cement player of eastern India with a total cement capacity (including subsidiaries) of 25mtpa (South 12.1mtpa, East & Northeast 12.9mtpa). Premium brand positioning, presence in high growth regions (Northeast), entry into newer markets of UP and MP and improvement in macro demand would lead to ~12% volume growth over FY17-20E. Further, DBL has announced two acquisitions during Q3FY18 of Murli Industries (3mtpa) and Kalyanpur Cements (1.1mtpa) and is the top bidder for the 11.25mtpa Binani Cement. Led by healthy volume growth and declining interest outgo, we expect revenue and PAT CAGR of 16.2% and 52.5% respectively over FY17-20E. Stock currently trades at 9.4x FY20E EV/EBITDA.