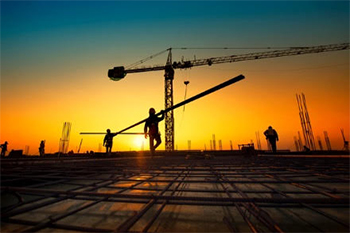 99acres.com Insite is a quarterly report focusing on capital and rental price trends in the residential realty market across eight major cities of India. According to the report, property prices across metro cities, barring Delhi NCR, Mumbai, Pune and Chennai went up by a marginal 1%, qoq. Property sales and new launches nose-dived by 20-25% qoq, as developers faced liquidity constraints and focused on completing the pending projects. Unsold inventory stood at 6.55 lakh housing units across the top eight metro cities. However, the prime challenge for the real estate sector remained the 4.58 lakh stalled units across 1,500 projects. All metro cities reported a robust rental market with an average hike to 2-4% in rental ‘asks’, yoy (Oct-Dec 2019 vs. Jul-Sep 2019).

Maneesh Upadhyaya, Chief Business Officer, 99acres.com, averred, “The year 2019 was testimony to the economic slowdown worsening the already shaky housing sector of the country, which is still trying to come to terms with multiple policy reforms and funding crisis. Developers were seen resisting new launches as the remnants of the NBFC crisis still trouble the sector at large. The quarter Oct-Dec 2019 was no different, although it experienced certain green shoots of recovery in buyer sentiment following the announcement of certain financial measures by the Government. The creation of an Alternative Investment Fund (AIF) to help complete stalled residential projects and reduction in repo rates to make home loans cheaper top the list.

There were fewer residential launches in the last quarter of the year against Jul-Sep 2019. Responses and enquiries, too, experienced a downturn, qoq. Average weighted property prices reported no or nominal changes in top eight metros. The rental landscape had a merrier tale to narrate with most metros recording witnessing ‘asks’ going north between X and Y percent, yoy.

The real estate industry awaits Union Budget 2020-21 for pro-buyer announcements to lift housing demand and sales was up.

In Q4 2019, the Indian real estate sector seemed to enter a settling phase, wherein the market failed to pick up, but there was little to no scope for de-growth. Property sales were largely restricted to ready and low-cost housing units even as enquiries surged for under-construction and premium homes. The looming liquidity crisis of the developers kept buyers wary of incomplete projects. Property enquiries spiked in the festive month of October, but sales nose-dived by 20% qoq and stood at about 55,000 units across metros.

The slowdown in the Indian residential real estate segment led by sluggish housing demand, liquidity constraints following the NBFC crisis and high unsold inventory kept home buying sentiment subdued in the last quarter of 2019. Resultantly, barring the IT-driven cities of Pune and Hyderabad, property sales plunged below the pre-demonetisation era across metro cities, despite the festive season kicking in with lucrative discount deals. Average weighted capital prices, too, remained unchanged across cities such as Delhi NCR, Mumbai, Pune and Chennai. Bangalore, Hyderabad, Kolkata and Ahmedabad reported a marginal one percent positive price movement in Oct-Dec 2019 vs the previous quarter.

The Oct-Dec 2019 quarter continued to reel under the remnants of the crisis faced by the Non-Banking Financial Companies (NBFCs). Resultantly, new launches dipped by about 10% across metro cities. While Mumbai, Bangalore, Chennai and Kolkata reported a decline of 25-30% in new project additions in Oct-Dec 2019, as compared to Q3 2019 (CY), Delhi NCR clocked a 20% dip, majority of the new supply in the market this quarter came in the form of re-launched projects. There was an increased emphasis on the completion of stalled or delayed projects as the Government pushed the agenda by introducing stress funds worth Rs25,000cr. Roping in its construction arm, National Building Construction Corporation (NBCC) Limited, to take up more projects in Delhi NCR was another step in the direction. The current worth of projects stalled across the country stands at Rs4.5 lakh cr.

The overall impact reflected in the reducing number of unsold units across cities. Currently, the unsold stock across the eight metros stands at 6.55 lakh units, down by a marginal 1% qoq.

The next prime challenge in the face of real estate developers is that of completing the 4.58 lakh stalled units across 1,500 odd projects. While the Government’s aid of Rs25,000cr to revive these projects came as a relief in the studied quarter, it did little to boost sentiment in the short-term.