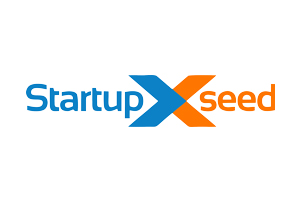 Round up of the major headlines that dominated the Startup sector, nationally and internationally.

Media technology startup Amagi is planning to raise $25 million (about Rs 165 crore) in Series D funds over the next two months to fuel its expansion plans, according to a top executive at the company. The Bangalore-based firm has so far raised a similar amount in three rounds of funding, with the last being an undisclosed amount in Series C funds in 2014 from PremjiInvest, the personal investment vehicle of Wipro chairman Azim Premji. (ET)

The incessant rains in Chennai over the past week have affected the food and grocery delivery business in the metro with major online players like Grofers and BigBasket having shut operations completely for the past two days. “Dear customer, due to heavy rains, we have to suspend order-deliveries in Chennai till Saturday, 21st November. We deeply regret the inconvenience caused,” read a message on the BigBasket portal. (FE)

Silicon Valley based investor Keyur Patel doesn't often bet on Indian startups. But when he does, he wants to make it big. Patel, chairman of the $1.5-billion Fuse Capital and a heavy investor in technology companies, has taken an interest in Kerala-based startup Fin Robotics, which launched its wearable technology product at major US retailers such as Brookstone, Bloomingdales and Amazon on Tuesday. (ET)

Goodbox, a conversational-commerce mobile application for businesses and their consumers, has raised Rs 16.51 crore ($2.5 million) from Nexus Venture Partners. (ET)

ConveGenius, a Noida-based edutainment solutions startup, has raised Rs 2 crore in a fresh round of fundingaided by Enablers, a web-based platform connecting and facilitating fundraising transactions between investors and startups. The investment comes as a pre Series-A round while the company prepares for the larger Series-A round in the near future. (BS)

Prepaid payments solution provider and programme manager TranServ has appointed a slew of senior-level executives, as the Mumbai-based startup looks to strengthen its leadership team. (ET)