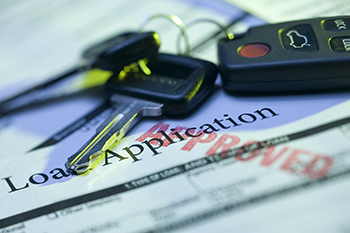 A new wave of good tidings awaits borrowers in the new financial year. April 1st saw the ushering in of the Marginal Cost of funds Lending Rate (MCLR). Borrowers should expect to start benefiting from this change. For existing borrowers, the secrecy over how banks arrive at how much you pay for your loan is addressed by this new regime. Here are some benefits of the MCLR loan pricing regime.

Faster response to policy driven rate change
Banks are expected to respond faster to policy rate revisions as directed by the Central Bank. While standing guided by the regulator’s formulae, lenders will peg lending rates on the cost of acquiring funds. This is primarily the interest paid for customer deposits and the costs incurred in administering these deposits. For instance, the Reserve Bank of India (RBI) recently announced a 25 point reduction in the repo rate. This is anticipated to translate to a much faster lowering of borrowing rates for borrowers under the MCLR regime.

Pay for Gain
Whereas new borrowers will have their rates calculated under the new regime automatically, existing borrowers will have to part with a conversion fee of 0.5 percent to 1 percent of the loan amount. The choice of adopting the new formulae on an existing loan will, therefore, be dependent on the outcome of a cost versus benefit analysis, similar to one conducted when contemplating loan refinancing options, on an individual’s loan. If the costs outweigh the benefits, it is advisable to delay the conversion.

More transparency in Loan Pricing
Though it is still possible for the lenders to fix margins between MCLR and lending rates, the new methodology in the pricing of loans is better regulated and more dynamic. Borrowers under the new regime will benefit from faster transmission of changes made in the monetary policy. MCLR is also expected to foster better compliance by banks.

The overall effects of the new regime on the financial sector are expected to be positive for the consumer, lender, and regulator in the long run. A faster adoption of lowered rates as an announcement by the RBI to is an indicator of benefits of the MCLR loan pricing regime.