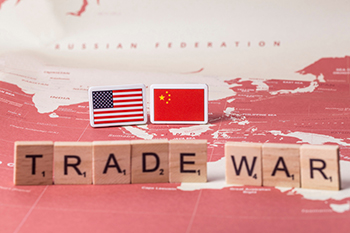 The whole idea of a trade war began when US President Donald Trump decided to unilaterally impose a tariff of 25% on steel imports into the US and a tariff of 10% on aluminium imports. While this was intended at all countries, it soon became obvious that the target was China. After all, the US ran a trade deficit of $375 billion with China, which had gone up from a zero deficit situation in 2001. Obviously, that was hitting the US authorities where it hurt.

While the US imposed tariffs on Chinese imports to the tune of $50 billion, the Chinese have already retaliated by imposing tariffs on US imports to the tune of $3 billion with immediate effect. Additionally, China has laid out a timetable of tariffs on US imports progressively. The targets will be obviously products such as soybean, apparel, cars, aircraft etc. The idea is to squeeze US jobs and the US farm sector.

Trade wars have never been good news for world economy. The last time the world saw trade war was in the 1930s when countries had tried to boost their trade surplus. The result was a massive slowdown around the world, which eventually resulted in the Great Depression of the 1930s. In the last 80 years, there has never been an attempt at a full-fledged trade war. For India, there is no recent memory of a trade war, at least since its independence. So what does a US-China trade war hold for India?

A US China trade war could mean 6 things for India:

To begin with, the impact of the US-China trade war by itself is going to be only a small part of the trade between the two countries (less than 10%). The real trouble could be if it spreads across more countries. For India, the direct impact may be limited but there may be a lot of indirect implications. Here are 6 ways in which India could get impacted by the US-China trade war:
It is hoped that wisdom prevails and we do not see a full-fledged trade war. India can hardly afford a slowdown in growth at this stage!