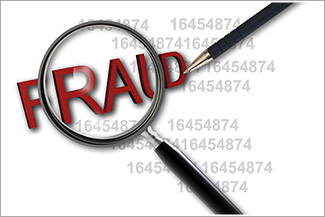 Invest safely! How to identify a fraudulent company?

Lakhs of innocent people are duped every year, and the government has been able to do little to help recover the lost money.

Every year one or the other fraud scheme hits newspaper headlines. In one year, it was 'SpeakAsiaonline' and Shardha Group of Chit companies in another year. Lakhs of innocent people are duped every year, and the government has been able to do little to help recover the lost money. Mostly, schemes or companies not regulated by any agency turn out to be a runaway bride. But, here are some of the ways to differentiate between a fraudulent and genuine company.

1) Giving higher returns - Any company that guarantees superior returns than the market should be looked at with skepticism. Such companies not only fool young people but also prompt retired individuals to fall for their trap. One must apply a simple theory that why a company will choose to pay more interest for money, when banks can give away a loan to them at much cheaper rate. Secondly, if the company's financial profile is not sound enough to avail a banking loan, then it is even more risky to trust such companies with your money.

2) Company's place of operation - Reasonable and genuine companies operate from offices located in major cities of the country. Therefore, if one finds some discrepancy in the address mentioned by the company or any real data is not available then they should suspect a foul play.

3) Mode of operation - Keep a close watch on how the company operates. Is the company busy in just raking publicity and propagating its customer following? All these attractions are nothing but artificial. One should fully understand if the company has any real business in function or is it just collecting money in name of capital only to run away with it.

4) False backups - A company often assures the safety of money of the investors through releasing details of cash reserves, gold reserves and other deposits in the name of the company. In no way, such guarantees are really significant enough to prompt investors park their money.

Kotak e-Invest ULIP Plan Gains Momentum, Check out How It Is Different from a Mutual Fund