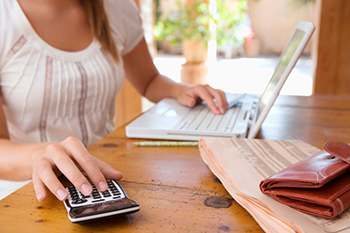 With the central bank slashing policy rates by good 50 basis points, and FD rates on a slide, experts note investing in NCDs or tax-free bonds could be looked at, weighing pros and cons.

Last week the Reserve bank of India (RBI) slashed key policy rates by good 50 basis points and following the move, banks have started slashing their deposit and lending rates. At this stage, most investors are trying to reshuffle their investment portfolio, as fixed deposit rates have begun to fall.

Some of them may look at withdrawing their funds parked in fixed deposits and investing them in non-convertible debentures (NCDs) or tax-free bonds.

NCDs are floated by companies that offer a higher interest rate than other traditional instruments such as bank fixed deposits or public provident funds. They are mostly secured against the assets of the issuing company, and hence the risk of default is low. Debentures issued by large companies with strong financials carry lower risk as against smaller companies who offer higher interest rate.

Muthoot Finance, who is a dominant player in Gold Loan Business, has come out with public issue of non-convertible debentures (NCD) offering up to 10.25 per cent interest rate. The offer period closes on October 7, 2015.

While the interest rates offered are higher than fixed deposits, which have come down since last week, and are hovering at 7.25-8 per cent for a period of one-five year horizon, Muthoot Finance is offering interest rates at 9.25-10.41 per cent, depending on the tenure.

In view of the above, financial experts note that since it looks tempting to invest in NCDs, given the higher return on investment, it is advisable to look at those NCDs which carry a  higher rating from agencies such as CRISIL, ICRA or CARE. It is important to check the creditworthiness of the company, and their financials, before you invest in NCDs issued by them. They also note that just about ten per cent of your total portfolio can be invested in NCDs. Also, the interest on NCDs is taxable.

The other option is investing in tax-free bonds, note experts. With the RBI slashing interest rates, tax-free bonds have gained traction. Last month, the NTPC tax-free bond issue was oversubscribed on the very first day itself. On Monday, state-owned Power Finance Corporation (PFC) too saw an overwhelming subscription of its public issue. Experts note that tax-free bonds are safer as they offer long term investment, are tax efficient and also carry higher ratings.

For those in the higher tax slabs, tax-free bonds offer safe and long-term investment options. These bonds offer interest rates that are linked to government securities and the amount received by way of interest is exempted from tax.

Tax-free bonds that will hit the market in the next few months would offer a lower coupon rate as yields on the long-term government securities/bonds have slid, following the recent 50 basis point repo rate cut by the RBI.