x
Home » Top News » Will this year’s monsoon spread the green in the markets? 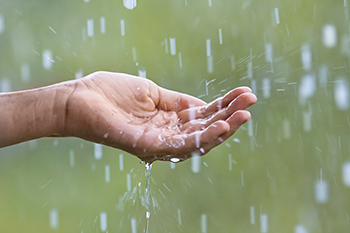 Will this year’s monsoon spread the green in the markets?

At an all-India level, the overall rainfall till the end of August was short by less than 6%.

An important factor that impacts certain sectors and stock markets in India, in general, is the monsoon spread across the country. The word “spread” does not merely denote the quantum of rainfall. It is also the timing of rainfall in a certain month and regional variations that it factors in.

The Indian Meteorological Department (IMD) defines normal monsoon rainfall in the range of 96-104% of the long period average (LPA). Normally, 90% and below is classified as rainfall deficit, while 110% and above is classified as excess rainfall. India had two successive drought years in 2014 and 2015 followed by above-average rains in 2016. Year 2017 witnessed normal rainfall, while the final data on year 2018 is yet to come as the monsoon season enters its second half. But first, we must look at why monsoons matter so much in the Indian context.

Why monsoons are so critical to India

One can argue offhand that agriculture constitutes just about 15% of the Indian economy, but the point being missed here is that it still employs nearly 70% of the active labour force. In addition, the quantum and quality of agricultural output has a sharp impact on inputs costs and also on CPI inflation, both of which are critical to the smooth growth in real GDP. The Kharif season is when some of the key crops such as rice, corn, sugarcane, and oilseeds are grown. Any delay can disrupt cropping patterns.

Second, agriculture consumes over 80% of all water resources, and hence, delayed rainfall means more groundwater drawn leading to water shortage elsewhere. What really matters is the rainfall till the 31st of August every year because that is when the Kharif sowing season ends. Any rains after that is only useful in filling reservoirs for the Rabi sowing season which starts in the last quarter of the calendar year. Thus, rains affect agricultural output and the economy directly.

So, how has the rainfall situation panned out in 2018?

A story of surplus, deficits, and uncertainty

The above table suggests that out of the 29 states and 7 union territories, 24 states have received normal rainfall. Kerala is the only state to have received excess rainfall, while a total of 10 states have witnessed a deficit. More than the numbers, it is the mix of deficient states that is critical.

During the three-month period (Jun-Aug), West Bengal has had an overall rainfall deficit of 20%, which is crucial because it is one of the major paddy cropping states of India. Similarly, the 20% shortfall in Bihar is also likely to be negative for cropping patterns, especially parts of Western Bihar that are adjacent to Uttar Pradesh.

Punjab and Haryana have had rainfall deficits of 14% and 24% respectively, but that may not really be material because both these states have more than 80% of their cultivable land under aegis irrigation cover. This is against an all-India irrigation cover average of less than 35%.

While there are minor shortfalls in Karnataka, Madhya Pradesh, and Tamil Nadu, they are unlikely to have any significant negative impact on agriculture or the economy. The only real challenge in terms of Kharif output could come from West Bengal, Bihar, and to some extent, from Gujarat.

What does the rainfall situation mean for financial markets and specific sectors?

Inflation
The first aspect to be considered is the impact on food inflation. Consider the chart below:

GDP
Because the overall deficit till the end of August is just about 6%, it will qualify more as a normal monsoon year. The real story to watch for will be agriculture’s contribution to GDP, which has been below 4% in most of the quarters.

Sectors to be affected
Sectorally, monsoon has a critical impact on banks and NBFCs. Both the sectors suffer from NPAs when monsoons are below par as farmers are unable to repay loans. This year should be much smoother.

Further, crop damage has been rampant only in Kerala, and hence, there is not much concern on for insurance on the crop insurance front. However, insurers may take a hit of up to Rs500cr owing to the loss of life and property in Kerala floods.

Sugar is highly water-intensive and is grown in the rich Western UP belt of India. With the monsoon on target in this region, sugar output is likely to get closer to the targeted record production of 35.5m tonnes this year. This implies lower sugar prices.

Further, a normal monsoon implies high rural demand for farm equipment such as tractors, fertilizers and pesticides, and FMCG.

Thus, we can expect monsoon-dependent sectors to witness a smooth ride if the deficit does not increase any further and specifically in agricultural belts of the country.