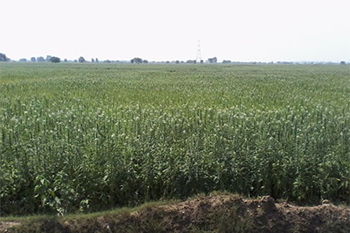 ICRA Ratings has said that the farm sentiments have remained buoyant driven by healthy monsoon and further optimism of a good Kharif crop. Moreover, rural household incomes have stayed resilient in the face of the Covid-19 pandemic and have been supported by healthy farm cash flows across regions, aided by high levels of Rabi procurement under various government schemes after a season of bumper Rabi harvest. Moreover, increased government support through schemes like MNREGA and PM-KISAN have helped in creating employment and easing liquidity pressure on rural incomes, brought about by large scale reverse migration from urban to rural areas post the imposition of nationwide lockdown.

Mr. Shamsher Dewan, Vice President ICRA says, “While the sudden imposition of nationwide lockdown had led to fears of disruption in the Rabi procurement process, the same was mitigated by prompt lifting of restrictions by the government for agricultural activities. This, along with significant increase in spending on social welfare schemes during Q1 FY2021 helped in absorbing the excess labour availability in rural areas created by reverse migration.”

Further, timely and healthy monsoon precipitation across regions and labour availability has supported early Kharif sowing with its acreage at record highs during the current year. The same is likely to result in a healthy harvest for most Kharif crops, thereby keeping the farm sentiments up. Notwithstanding the risk of Covid-19 spread in rural areas, ICRA expects the farm sentiments to remain healthy over the next few months supported by favourable reservoir levels.

The ratings agency continues to believe agriculture income is likely to benefit over the medium term aided by increased government focus on rural income as well as the recently introduced farm reforms, which are capable of creating increased value in the sector. Farmers would potentially benefit from improved price discovery for their produce, stability brought by long-term contracts with corporates as well as increased investment in the agriculture infrastructure by the private sector over the medium-term.

Concludes Mr. Dewan, “Various high frequency sentiment indicators including fertiliser sales and tractor retail sales are pointing towards continued healthy demand in rural areas. Food prices have also remained at high levels which generally is a positive for the farmers. With reservoir levels being favourable, there are expectations of a good Rabi sowing over the next few months which could further extend the upbeat sentiments in rural India. However, lower than average reservoir levels in North India – a major contributor of Rabi production, could be a possible dampener.”