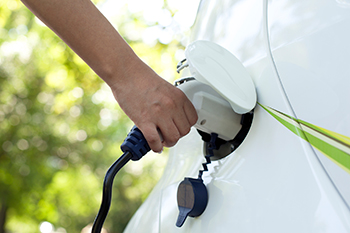 RattanIndia Enterprises backed Revolt Motors,  welcomed the government's amendments in Central Motor Vehicles Rules, 1989 to waive off registration charges for Electric Vehicles. This will be a big boost for EV vehicles sales since customers will end up saving a big portion of the vehicle cost as registration charges.

With falling battery prices, EV bikes prices are already comparable to their petrol counterparts. The waiver of registration charges will further make e-bikes more affordable for the customers.

Anjali Rattan, Business Chairman of RattanIndia Enterprises said “The proactive approach of Central Govt. in providing incentives for electric vehicles clearly shows the seriousness of Govt. to accelerate EV adoption in the country. These incentives make EVs buying more attractive for customers versus any petrol bikes.”

As per the regulatory filing, this amendment in Central Motor Vehicles Rules, 1989 towards waiver of registration charges for electric vehicles come in the backdrop of a slew of incentives given by the Central Government and various state governments to boost EV adoption in the country. Central Government had recently announced a 50% increase in FAME II incentives for EV manufacturers to Rs. 15,000 per KWh which works to approximately Rs48,000 per bike for Revolt. Customers of Electric Vehicles already have to pay GST at the lowest slab of 5% versus 28% for petrol bikes.