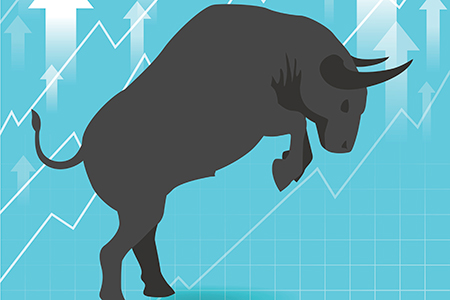 Bajaj Finserv and subsidiary Bajaj Finance were on a bulls ride during Tuesday's trading session after the chairman Sanjiv Bajaj told shareholders in the company's annual report, on being cautiously optimistic about the second half of the year.

Both Bajaj twins were among major drivers of financial sectoral indices and also overall benchmarks.

In the annual report, Bajaj told shareholders, "The Government of India announced a series of stimulus measures to kick start the economy again. RBI also stepped in with monetary policy actions and provided confidence to financial markets."

He said, "As the country opens gradually, the economic activity has started gaining momentum in Q2 FY21 as evidenced by various high-frequency indicators. I am cautiously optimistic about the second half of the year."

Also, Bajaj said, "Under these testing times, your Company has focused on managing risk with a calibrated approach to growth while maintaining strong liquidity, preserving capital, reducing operating expenses, augmenting collection capacity, initiating a business transformation exercise and ensuring the safety of its employees."