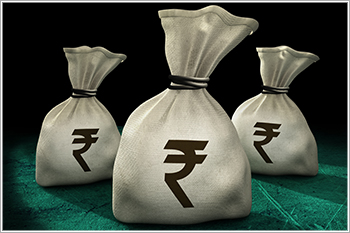 The uncertain future of the recent rally is also being regarded as an instrumental factor which has brought the investors to an impasse, says the report.

Contrary to the year 2007, which witnessed bullish investors and new market records mostly on a monthly basis, investors now are being selective in choosing IPOs. The pricing has turned hawkish which has dampened investors’ enthusiasm, says an ET report.

The bustling primary market intimates high interest of investors in stocks. However, bankers credit the current scenario which is making the investors watch their step, to aggressive pricing of the issue allaying the scope of minting huge money for investors from share sales.

The uncertain future of the recent rally is also being regarded as an instrumental factor which has brought the investors to an impasse, says the report.

Adlabs Entertainment has not received the apt number of bids which is why the company is compelled to stretch IPO subscription to three days, cutting the offer price to Rs 180-215 per share from Rs 221-230.

This is an instance that denotes nonchalance among investors regarding their participation in the issue, the report said.

"Pricing is the only measure for the success of an IPO. If Adlabs had priced the revised pricing initially, the issue would have got good response,” Dara Kalyaniwala, VP (investment banking) at Prabhudas Lilladher states in the report.

A significant amount of Rs 34,000 crore through IPOs was collected by 108 companies in the year of 2007, when the market sentiment was strong unlike currently.

However, looking at the expensive valuations of the companies which failed to garner bids, it would only be fair to say that investors did not invest in the IPOs because of a lack of financing from the lenders, say the bankers as per the report.

"HNIs did not participate in these two issues because NBFCs refused to finance them because of the expensive valuations," comments the CEO of a leading financial services company, as mentioned in ET.