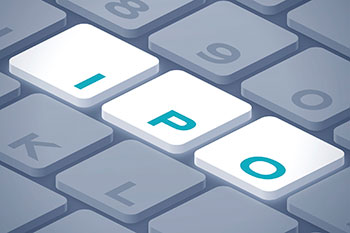 Gemini Edibles and Fats IPO out of abeyance

A recent update dated September 24, shows it has sought certain clarifications from the Book Running Lead Managers which indicates the approval process for the share sale has seen progress, said a person aware of this development.

According to the processing status issued on August 20, 2021, the capital market regular had kept Gemini Edibles & Fats upcoming initial public offering under abeyance. A recent update dated September 24, shows it has sought certain clarifications from the Book Running Lead Managers which indicates the approval process for the share sale has seen progress, said a person aware of this development.

A second person requesting anonymity stated, the company plans to hit the capital market this calendar year, probably in the month of November or December.

This comes after the regulator had also kept Adani Wilmar’s IPO also under abeyance due to the investigation against other Adani Group Companies. There is no update on the status of the probe by SEBI and Directorate of Revenue Intelligence

Gemini Edibles and Fats had filed its preliminary papers with Sebi in August to raise Rs 2500 cr via an Offer for Sale. The company will not receive any funds from the net proceeds.

The company who owns the edible oil brand, Freedom is one of the market leaders in the sunflower oil category across Telangana, Andhra Pradesh and Odisha. It was ranked among the top 5 cooking oil brands in the country accordingly to India Today “Ipsos Urban Consumer Sentiment Survey 2020.”

GEF India, commenced its business in 2010 and as of today stands to be one of the fastest growing edible oils and fats companies in India. The company is engaged in the business of manufacturing, distribution and branding of edible oils and specialty fats in India and holds the third largest market share in the state of Karnataka.

As of June 30, 2021, Gemini Edibles and Fats had a network of over 30 depots, 1100 distributors and wholesalers which had a retail reach to approximately 640 towns in the state of Telangana, Andhra Pradesh, Odisha and Karnataka.

In recent times, the government has shown great support to help make India, a self-sufficient, oil-rich country. Under the National Mission on Edible Oils – Oil Palm scheme, it has proposed to cover an additional area of 6.5 lakh hectare, for oil palm till the year 2025-26. Thereby reaching the target of 10 lakh hectares ultimately, with a special focus on the North east region and the Andaman and Nicobar Islands.  A financial outlay of Rs 11,040 crore has been cut out for the scheme, out of which Rs. 8,844 crore is the Government of India share and Rs 2,196 crore is the State’s share and this includes the viability gap funding

Presently, only 3.70 lakh hectares is under Oil Palm cultivation. Oil palm produces 10 to 46 times more oil per hectare compared to other oilseed crops and it has yield of around 4 tons’ oil per ha. Indicating an enormous potential for cultivation