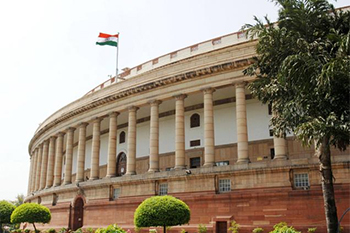 Speaking on the occasion, Birla said that post-Covid, the tourism sector is reviving in India at a faster pace. He further said that committed and collective efforts will ensure that India will emerge as the best tourist destination in the world. “The way we collectively defeated Covid-19, our collective force and coordinated efforts will take our economy to a new height”, said Birla. Tourism is one of the growth engines of economy and employment. Therefore, special focus is needed for further development of this sector, he added.

On the vast tourism potential in India, Birla said that our rich cultural heritage and diverse geography attract tourists from all over the world. There is tremendous potential in India in the fields of environment, spiritual, education and medical tourism. India’s domestic and foreign policy have provided an enabling environment for promotion of tourism. Our goal must be to make India the number one tourist destination. In this regard, more and more efforts should be made to develop tourist friendly destinations, the Speaker observed. Birla emphasized on use of information technology tools in promoting tourism both at the domestic and international levels.

Speaking on the roadmap for boosting tourism, Birla suggested that ambitious and sustained efforts are needed to promote rural tourism. This will strengthen rural economy by creating demands for handicrafts and other rural products. Similarly, tourist destinations which are still secrets should be brought on the tourism map of India so that more and more people know about these destinations, he suggested.

On this occasion, Birla launched NIDHI 2.0 (National Integrated Database of Hospitality Industry) and released “India Tourism Statistics: At a Glance, 2021. NIDHI 2.0 data base which was released today will be a milestone in this endeavour, hoped Birla.The Ministry of Tourism, United Nations Environment Programme (UNEP) and The Responsible Tourism Society of India (RTSOI) have signed an MoU to actively promote and support ‘sustainability initiatives’ in the tourism sector, which was also exchanged at the event.

The Union Tourism Minister, G Kishan Reddy while addressing the gathering said,“The tourism sector is one of those few sectors which have suffered a lot due to this pandemic and the early resumption of tourism is very important for the recovery and growth of this sector”. He added, “As on date, India has already administered over 85 crores vaccination doses to its citizens. With the ongoing aggressive vaccination strategy, we are now a step closer to the reopening of the country to tourism in the beginning of the new year. I am grateful to the Prime Minister Narendra Modi for his relentless focus on vaccination”. he added

Reddy said, “The Prime Minister's vision has been to use Tourism as a tool for employment generation and inclusive development”. The Tourism Sector has the highest job creating potential among the primary, secondary and tertiary sectors, he added. Earlier in the day, the Minister had penned an article in a leading newsdaily that highlighted the significance of the Tourism sector for Employment generation and inclusive growth. The Minister tweeted it through his social media platform.

The Union Minister, in his article, had written, “Various studies have shown that for an investment of 10 Lakh rupees, tourism can create as many as 78 jobs”. The article highlighted the Kevadia Model of tourism. The Minister had written how the construction of the Statue of Unity had put Kevadiaon the world map directly benefiting local communities in a 100 square kilometre radius and providing inclusive sustainable growth in the region. As India has a plethora of UNESCO World Heritage inscriptions, many iconic destinations -  from Somnath in the Western shores of India to Kaziranga in the eastern part, 10 eco-friendly blue flag beaches, immense natural beauty and wildlife sanctuaries, innumerable intangible cultural heritage in the form of festivals, and performing arts. Each of these are destinations that people from across the world would happily be willing to visit and explore. Therefore, we have the opportunity to build tourism clusters around these destinations, similar to what was achieved in Kevadia,  so that local communities can benefit.

MoS for Tourism Shripad Yesso Naik, in his address said that the revival of Tourism plays an important role in the recovery of global economy. Tourism sustainability is relevant for both developed and developing countries for its impacts on the environment, economy, and socio-cultural aspects of global, regional, and local economies.

Naik added that by adopting Responsible Tourism practices, tourism plays an important role in the upliftment and involvement of the local community with the hospitality industry and government departments, leading to empowerment and development of the people in the area while sustaining eco-friendly tourism. He also informed that the ministry has planned a detailed strategy to utilize technology to the fullest extent to overcome the setback created by the pandemic.