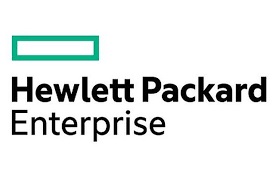 For today’s small and midsize businesses (SMBs) and venture-backed companies, the opportunity to innovate is greater than ever. However, as these companies look to bring ideas to value, challenges associated with data management are becoming increasingly more common. With unstructured data doubling every 18 to 24 months and continual pressure to accelerate business decisions, the ability to quickly and efficiently harness the value of information is critical for success.

Hybrid flash performance for 45 percent less with the MSA 1040

To accelerate business responsiveness and enable faster decision making, HPE has enhanced its HPE MSA Storage family to include solid state drive (SSD) support for the HPE MSA 1040. This expanded support for SSDs results in new hybrid flash configurations that deliver performance and latency-optimized storage starting at under US $8,500, which makes the hybrid flash-enabled HPE MSA product family affordable for a wider range of new customers.

Application demands are driving the need for shared storage with greater efficiency and performance at a cost that can still fit into constrained IT budgets. With added support for SSDs and advance storage virtualization features previously available only with the flagship MSA 2040, both the MSA 1040 and 2040can now take advantage of more cost-efficient flash media. These new SSDs deliver hybrid flash acceleration at 30 percent lower price for the same capacity point, putting higher performance and latency reduction within reach of more businesses.

HPE MSA Storage boasts nearly two decades as the go-to, low-cost shared storage choice for HPE ProLiant and BladeSystem servers. The latest enhancements to the HPE MSA 1040 deliver the following benefits:
Best-in-class NAS with HPE StoreEasy at 41 percent lower cost in 80 percent less space
For customers who need an affordable and sustainable capacity-optimized solution for bulk and secondary file storage, the HPE StoreEasy 1650 Expanded is an ultra-dense and resilient NAS appliance designed to maximize value and scale without complexity. The system uniquely accommodates 28 easily accessible Large Form Factor (LFF) drives for up to 224TB of internal capacity in just 2U, making it the most dense 2U NAS appliance on the market. This scalable solution enables customers to store unstructured data at 41 percent lower cost in 80 percent less space with 82 percent fewer components than the equivalent NetApp FAS system.

The HPE StoreEasy 1650 Expanded and the HPE MSA 1040 are part of the HPE Just Right IT portfolioand are available through the HPE Small Business Marketplace. With solutions that are simple, reliable and affordable, HPE Just Right IT enables small and midsize businesses to ramp up quickly, even on a limited budget.