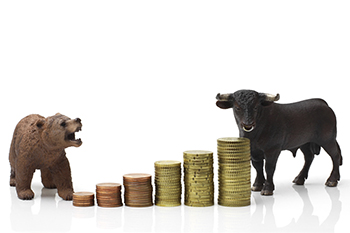 A volatile tone was seen in the metal sector during Tuesday's trading session. However, in the second half of the day, the Nifty Metal which was in red earlier today, was floating steadily with the majority of stocks witnessing upside. On the index, 9 scrips advanced while 6 scrips declined. Nifty Metal still traded cautiously after copper prices globally tumbled as traders reacted to China's economic data.

The copper prices tumbled on Monday after China's economic data recorded better-than-expected industrial output. However, traders were cautious when weakness in the property sector was witnessed in China's data.

In October 2021, China’s production of 10 nonferrous metals – including copper, aluminium, lead, zinc and nickel – stood at 5.26 million tonnes marginally up 0.5% from the previous month. However, the production contracted 2.6% year-on-year, the statistics bureau said. Notably, the Chinese property market has slowed steeply since May this year.

As per Reuters calculations of data released by the National Bureau of Statistics (NBS), in China, prices of new homes dropped 0.2% on average last month from September.

The real estate sector is one of the major consumers of metals.