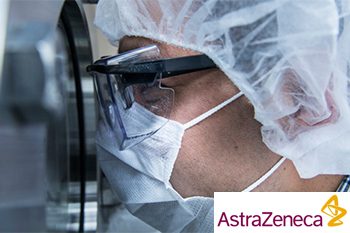 AstraZeneca Pharma listed on Indian stock exchanges was under pressure during Thursday's trading session. At around 10.06 am, AstraZeneca was trading at Rs4415.25 per piece down Rs91.50 or 2.03% on Sensex.

The stock has touched an intraday low of Rs4385.05 per piece on the same index.

It is being known that the British–Swedish multinational pharmaceutical and biopharmaceutical company, AstraZeneca and Oxford University acknowledged a manufacturing error related to Covid-19 vaccine study.

According to a PTI report, a statement describing the error on Wednesday came days after the company and the university described the shots as "highly effective" and made no mention of why some study participants didn't receive as much vaccine in the first of two shots as expected.

Notably, at AstraZeneca, the group of volunteers which had lower dose were much better protected than those volunteers who took two full doses.

The report said, but the way in which the results were arrived at and reported by the companies has led to pointed questions from experts.