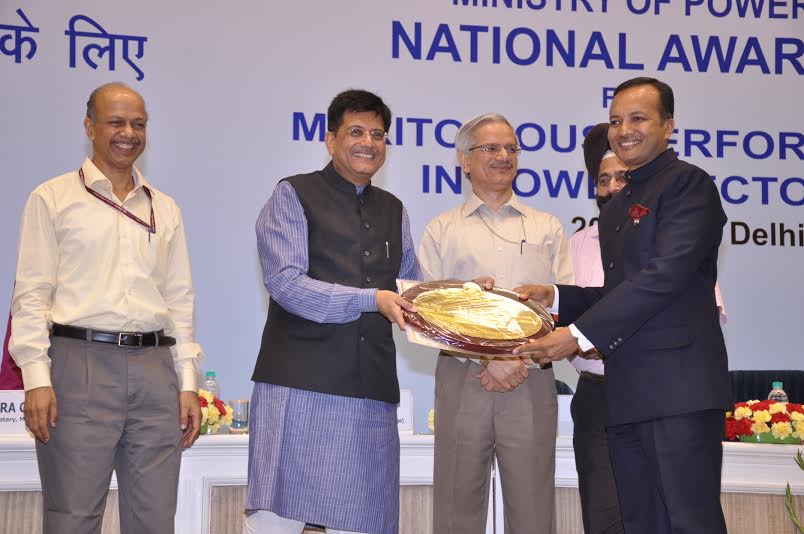 The project implementation of the recently completed 2400 MW Jindal Power Limited (JPL), a subsidiary of Jindal Steel and Power Limited (JSPL), has emerged as the best performer in a comprehensive study of India’s Power Sector under the aegis of Ministry of Power and Central Electricity Authority (CEA). The power project which has the capacity to generate 20.47 Billion Units of electricity for the nation has been recognized as the best amongst all Indian Power Sector participants for “early completion of thermal power projects”. The 2400 MW super thermal power project was completed in a record time.

“We are committed to participate in Government’s initiative to provide 24x7 electricity to all Indians, and have created an unmatched power generation infrastructure at Tamnar, Chattisgarh”, Naveen Jindal – Chairman of JSPL said. “Jindal Power is humbled to be recognized for our project execution excellence as an outcome of a comprehensive study conducted under the aegis of Ministry of Power and Central Electricity Authority”, he added.

“We are honoured to receive this recognition from the Ministry of Power; the award is a valuable recognition for the commendable dedication, efforts and capabilities of our team. The acknowledgment reiterates our commitment towards setting new benchmarks in the power sector, and will further motivate us in our endeavour to be the most admired power producer in India”, Mr. Ravi Uppal – MD & Group CEO of JSPL said.

The Comprehensive Award Scheme was introduced by the Ministry of Power with the objective of developing a spirit of competition among the generating stations across thermal, hydro and nuclear generation in India. The study conducted in association with Central Electricity Authority follows a stringent and exhaustive criterion to rank Indian Power Producers under various categories.

JSPL Group has created a state-of-the-art power generation infrastructure in Chattisgarh, with a capacity to produce 37.6 Bn Units (4294 MW) of electricity annually. JSPL’s power generation capacity in Chattisgarh, including its captive units, can generate upto 3.58% of electricity generated in India in 2014-15. JSPL has created over 20,000 jobs and anchors a socio-economic eco-system for 50,000 families.