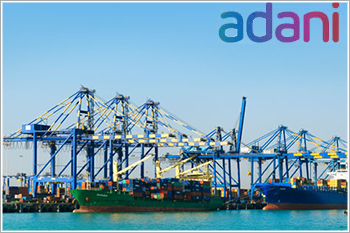 In its rating rationale, Fitch said, "We believe APSEZ has adequate liquidity to weather near-term challenges. The company had a readily available cash balance of about INR53 billion at FYE21, against operating expenses of INR33 billion and interest cost of about INR21 billion. APSEZ has INR14 billion due in FY22 to be repaid or refinanced. The company, as a member of one the largest conglomerates in India spanning different sectors, has strong banking relationships and established access to the capital markets."

According to Fitch, APSEZ's underlying credit profile reflects its status as the largest commercial port operator in India, with best-in-class operational efficiency. Historically, the issuer has experienced throughput resilience in economic cycles, including the current Covid-19-related downturn. Cargo throughput for APSEZ rose by nearly 2% (11% if including its Krishnapatnam Port Company Limited (KPCL) acquisition) in the financial year ended March 2021 (FY21), compared with the nearly 5% decrease for cargo throughput at all Indian ports.

Further, Fitch stated that about 56% of APSEZ's cargo is sticky, which includes contractual take-or-pay cargo, cargo that is unlikely to be diverted to other ports due to infrastructure restrictions, such as the lack of facilities to handle crude oil, and cargo from joint-venture (JV) partners. APSEZ has timing flexibility in its expansion projects. Management has budgeted about INR30 billion-40 billion for CAPEX in FY22, but this could be cut down to INR8 billion for maintenance only.