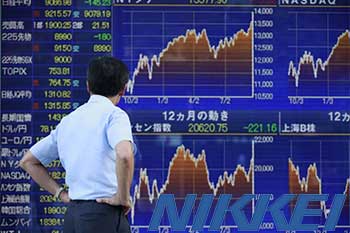 Asian stocks were trading flat on Wednesday as investors adopted a cautious stance ahead of the Federal Reserve decision and further news on US-China trade talks, where negotiators remain at odds. Treasury yields held near recent lows.

South Korean shares bore the brunt of losses after Samsung Electronics signalled a difficult year ahead. Hong Kong and Australia saw modest declines and Japan was flat. A rally in US stocks on Tuesday fizzled by the close amid concern China is pushing back on American trade demands. Also stalling was a rally in oil, while iron ore slumped in wake of news about a big Brazilian mine potentially reopening. Two-year Treasury yields remain below the top of the Fed’s policy target range amid expectations of a dovish tone from the central bank.

Elsewhere, the Australian dollar retreated amid concern that falling house prices in the country will spur the Reserve Bank to cut interest rates. The yuan was little changed after Bloomberg reported that some US negotiators are concerned China is pushing back against American demands in trade talks, after previously agreeing to changes to their intellectual-property policies.

The pound was little changed as traders keep watch on UK Prime Minister Theresa May’s efforts to draft a request for more time to reach a Brexit deal that could somehow pass the nation’s Parliament. The euro remains off its lows of the month following news that German investor confidence rose for a fifth straight month.