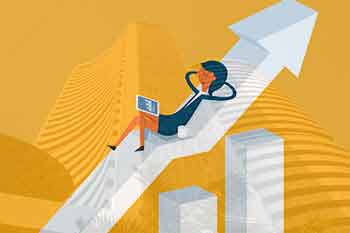 Except for Kotak Bank, all the other stocks listed on the index rallied.

Banking stocks were in a buying frenzy on Wednesday as streets cheered RBI's status quo on repo rate and stance for the fifth bi-monthly monetary policy that was announced earlier today.

RBI has also announced a host of measures in the banking sector with focus in capital infusion, transactions, UPI related services and charges on payments systems.

Bank Nifty was among the top bulls of NSE in today's session. A broad-based buying was witnessed across stocks listed on the index.

Except for Kotak Bank, all the other stocks listed on the index rallied.

ICICI Bank was the top gainer surging over 3.1% followed by RBL Bank and SBI advancing by 2.7% and 2.6%. IndusInd Bank and AU Small Finance Bank zoomed more than 2% each.

Kotak Bank was the only laggard with a marginal downside.

RBI has revised the all-in-cost ceiling from 450 bps to 550 bps and from 250 bps to 350 bps respectively to enable External Commercial Borrowing (ECB)/Trade Credit (TC) transition from LIBOR to Alternative Reference Rate (ARR).

Further, RBI  proposes to simplify the process flow of small transactions and even decided to facilitate UPI-based digital payment solutions on feature phones. Further, to boost the use of UPI by retail investors, RBI also decided to increase the UPI transaction limit to Rs5 lakh from Rs2 lakh for specified categories such as retail direct scheme and IPO applications.

Also, RBI announced that it will issue a discussion paper that will be concentrated on the charges that customers pay on the various payments systems. The move is to drive digital transactions in India.

RBI also announced that banks can infuse capital in overseas branches and subsidiaries without any prior permission of the central bank.

RBI held the policy repo rate unchanged at 4% for the ninth consecutive time. Likewise, the reverse repo rate under the LAF remains unchanged at 3.35% and the marginal standing facility (MSF) rate and the Bank Rate at 4.25%.