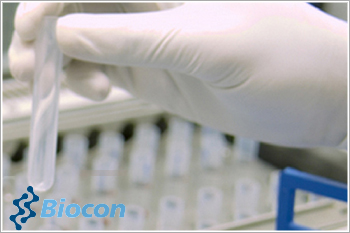 Biocon rallies after Syngene gets SEBI approval for IPO

Biocon rallied 1.5 percent to Rs. 453 on reports that the company's research arm Syngene International received capital market regulator Sebi's approval to launch an Initial Public Offer (IPO).
Syngene International had filed its draft red herring prospectus (DRHP) with Sebi through its lead merchant banker Axis Capital in April 2015.
On a consolidated basis, net profit of Biocon rose 78.23% to Rs 201.54 crore on 14.92% rise in net sales to Rs 830.38 crore in Q4 March 2015 over Q4 March 2014.
The stock hit a high of Rs 460 and a low of Rs 449.60 so far during the day.
The total traded quantity was around 1 lakh against two weeks average quantity of 0.76 lakh.