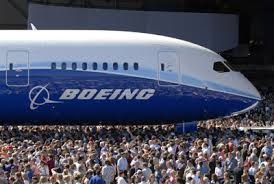 It is being known that India is likely to allow all-grounded Boeing 737 Max for resuming operations in the country in the coming weeks. The US-based Boeing Co. is looking to re-launch its 737 Max aircraft globally.

The 737 Max has been grounded since March 2019 due to two-plane crashes within five months killing everyone on board.

After hardware and software modifications in the aircraft, the 737 Max has been allowed to fly again on some soils such as the US, European Union and UAE recently.

In India, SpiceJet is the only airline that has 737 Max fleets. However, reports state that the airline has not approached the DFCA for clearance of this airline.

Notably, reports are stating that Rakesh Jhunjhunwala backed Akasa airline is planning to have the 737 Max on board. The airline is said to be in talks for the 737 Max.

As per the Times of India report, while SpiceJet, the only Indian carrier with B737 Max in its fleet, has so far not approached the Directorate General of Civil Aviation (DGCA) seeking clearance for this aircraft to fly again, sources say Akasa informally approached aviation authorities for the same as it prepares to place an order for about 100 Max.

Also, it is being said that Akasa is also in discussion with Airbus for its A320neo jets.