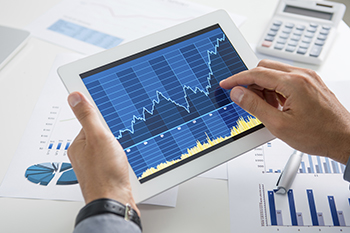 As corporates across sectors gear up to release the validated scorecards of their glorious hits and glaring misses, the leveraging choices of many a player are likely to disturb the balance on the sheets that matter.

On the eve of another corporate season, rich and varied premonitions and predictions are doing the usual rounds. Some analysts feel an upward GDP, tapering current account deficit and waning inflation have together orchestrated a neat business recovery. Tariff revisions, rescheduled road projects, lower input costs and operational efficiencies, they are certain, have been strong enough to revive many a sleeping projects across sectors. The coming time, in their reckoning, belongs to the banking, auto and agri-goods sectors, not the export-led segments that profited from a depreciated rupee all this while. Then there are experts who warn of a possible mayhem in the offing, citing the accustomed perils of shaky forex reserves, oil dependency and unpredictable currency. They contend the coming time will be nothing short of a litmus test for Indians businesses.

Industry lobby groups meanwhile are busy announcing their percentage growth numbers while CMIE happily reports a 0.40 increase in India’s business confidence. FIIs are extending their ‘bullish on India’ sentiments and the stock market, not surprisingly, is in an archetypal anticipation mode, knowingly or unknowingly oblivious to the reality on the corporate shores.

Beyond doubt, several corporates across sectors – both established and aspiring - will shine bright and scale new heights, given their inherent strengths and visionary managements but the demons of debt will continue to haunt many others even as they seek to tap new opportunities in the ‘Make in India’ era. We don’t need the International Monetary Fund or the Credit Suisse (remember House of Debt and House of Debt Revisited) to point out the excessively high percentage of debt appearing in corporate balance sheets, notably the 107 per cent increase in External Commercial Borrowings (ECBs) in a span of four years. No wonder, India Inc was found to hold more debt than what all the Indian states carry together. Even without the overvalued torchlight of international reportage, we should have gauged the impending dismal scene on the debt servicing front if only in hindsight - that many Indian companies are abnormally leveraged with more borrowings than investments, a few are earning short of covering the interest component of their borrowings, some are grappling with embarrassingly poor current ratios and a few now have a new identity of loss-making borrowers.

It’s a matter of research as to how many of our corporates have used the ECB route and the debt option in general to fund their expansions and diversification and how many of them have used the infusion to try and resolve their working capital tribulations. The RBI may have had its reasons – right or wrong - to make foreign borrowings cheaper than internal debt but the road to leverage shouldn’t have been the road rage it has turned out to be.

Probably our businesses sought inspiration in the Archimedean quote “Give me a lever long enough and a fulcrum on which to place it and I shall move the world.” but in reality, their leveraging choices have left them shaken. Many of them would have lost sleep from recurring visions of mark-to-market loss provisions and the fears of a continually depreciated rupee. In retrospection, the percentage benefit of foreign loans over the domestic options will stare at them from the diametrically opposite end, now transformed into a glaring disadvantage given the fact that not all would have smartly hedged their vulnerable exposure. Add the NPA burden on public banks, the not-so-productive global acquisitions of a few corporates, project slackening in infrastructure, mining and construction and the nagging environmental and land acquisition issues and together they would have taken their toll on the overall business climate for sure.

Notwithstanding the fact that debt is integral to growth and expansion, more so in the PPP regime, its raison d’être hinges on the certainty that the ensuing capital expenditure is moving in the right direction and yielding the right results. It doesn’t take rocket science to decipher the fact that some of our debt-ridden players will need de-leveraging support from the government if they are to tide over the current crisis that could otherwise grow into a catastrophe. We only hope they get the government aid purely on merit and not an all-pervading patronizing gesture that policies are often reduced to.

We keenly expect 2015 to be the turnaround year where hectic business activity will compensate for, more than condone, the higher interest burden of corporate India to script a dramatic resurgence, rupee up or rupee down. We only hope our FII friends don’t choose to turn around and continue their faith in our long term story, overlooking the poignant tale that current statistics narrate. As for retail investors, it would be prudent to gauge the impact of the Q4 results – not just in terms of the immediate effect on prices but also through a careful dissection of management commentaries - before placing faith in equities. The road ahead does promise a steady phase for stocks but the corrections en route can be elusive. For value picks, you need some time to gauge trends. The probable momentum in the economy augurs well for the consumer goods; real estate and the banking space in particular, but be wary of PSUs given their lingering NPA issues.