Govt can be both pro-poor and pro-business: Jaitley 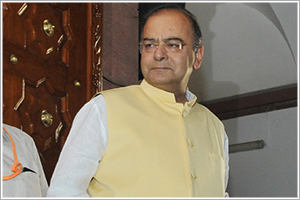 In the budget debate in the Lok Sabha, Finance Minister Arun Jaitley on Friday said, "Pro-poor, pro-business agenda not a contradiction. In face if businesses do not flourish then the government will not have revenue to help the poor." Jaitley said, "Populism should not affect the aim for stable policies." "Prime Minister feels that reasonable tax rate boosts economic activity," Jaitley said. "If taxes are too high then people will look at cheaper alternatives to goods. We have to ensure that our manufacturing sector remains competitive," the Finance Minister said. "Higher taxes can be a deterrent to economic growth," he added. "Excise sops extension has started showing result. FDI in some sectors can help add to resources," Jaitley explained. "We need fiscal discipline to reverse the weak economic trend. Correct targeting of subsidies is required," Jaitley said. Jaitley said, "India needs to build defence manufacturing capacities. 70% of defence equipments are still imported."

"It is too early to say if economy's trend can be reversed. Manufacturing growth and job creation are matters of concern," he said. "Manufacturing growth has been flat or negative for the last 2 years," he elaborated.  Jaitley announced a special Rs2,000 fund for the food processing sector under the National Bank for Agriculture and Rural Development. In addition, Jaitley announced an allocation of Rs50 crore for setting up centres to treat drug addiction in Punjab. "The growth rate of the country is expected to increase during 2014-15, compared to 2013-14," Jaitley said in a written reply to the Lok Sabha.

Jaitley said factors such as revival of industrial growth, improved external economic situation characterised by a stable current account, benign outlook on oil prices, improved fiscal health and modest revival in global economy can be expected to contribute to the GDP growth in 2014-15. Jaitley further said slowdown in investment has happened due to a combination of factors such as weak business sentiment, global slowdown, lower export demand, infrastructure bottlenecks and rise in interest costs owing to elevated inflation. "The government continuously monitors macro-indicators including sectoral investment pattern in the economy," Jaitley said, adding the investment rate declined from 35.5 per cent of GDP in 2011-12 to 34.8 per cent in 2012-13...Read More

298 killed as Malaysian airliner shot down in Ukraine

In a tragedy of sorts, Malaysia Airlines Boeing 777 from Amsterdam to Kuala Lumpur blew up in the sky after a missile launch on it. A Malaysia Airlines Boeing 777 from Amsterdam to Kuala Lumpur crashed in eastern Ukraine killing 295 people aboard. Reports stated that Ukraine accused pro-Moscow militants, aided by Russian military intelligence officers, of firing a long-range, Soviet-era SA-11 ground-to-air missile even though leaders of the rebel Donetsk People's Republic denied any involvement. 154 of the dead were Dutch while 27 were Australian and 23 Malaysians. 23 Americans are believed to have been on board. Obama spoke with Putin regarding the crash and reports state that Obama has warned of further sanctions if Moscow did not ‘change course in Ukraine.’ 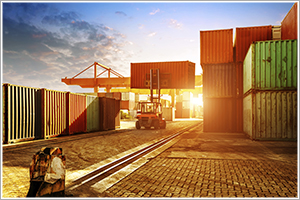 The CPI data stood at 7.31% in June as against 8.28% on month-on-month. The rural inflation stood at 7.72% as compared to 8.8%, while urban inflation was at 6.82% vs 7.5%. The June core CPI seen at 7.3% vs 7.74% in May. The June CPI vegetable price at 8.75% The June combined fuel, light inflation at 4.58% vs 5% in May. India’s wholesale price index eased to a four-month low in June. Wholesale prices rose 5.43% year-on-year last month, their slowest pace since February. In May, prices rose 6.01% from a year earlier. The BSE Sensex closed at 25,006 down 17 points, while NSE Nifty closed at 7,454 down 5 points over the previous close. The Reserve Bank has decided to conduct a 3 day term repo variable rate auction for a notified amount of Rs. 10,000 crore on July 15, 2014 (Tuesday). The Central Statistics Office (CSO), Ministry of Statistics and Programme Implementation releases Consumer Price Indices (CPI) on base 2010=100 for all-India and States/UTs separately for rural, urban and combined every month with effect from January, 2011. 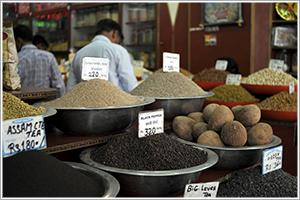 The index for this major group rose by 1.3% to 249.9 (provisional) from 246.8 (provisional) for the previous month. The groups and items which showed variations during the month are as follows:-

Hiring activity sees an increase of 22% in June’14 over June’13: Naukri 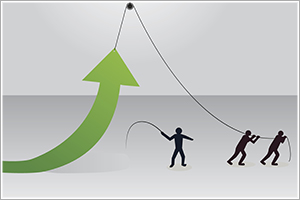 The Naukri Job Speak Index for the month of June 2014 was at 1570 indicating a double digit growth in hiring when compared to June 2013. Monthly comparison shows a minor dip in hiring activity when compared to May’14 wherein the June index is 2% lower than May 14.

Industry wise hiring sentiment was positive with Telecom and BPO seeing an increase of 20% each respectively in June’14 as compared to June’13. Among the top metros Bangalore and Pune have seen the maximum growth with the index moving up by 30% and 31% respectively in the same period. 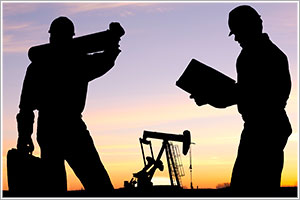 Much larger than Eagle Ford and once thought to have reached peak production, new technology has brought us full circle back to the Permian Basin in Texas and New Mexico, where the recent shift to horizontal well drilling has rendered this play the unconventional ground zero. Determining where the next real oil boom will be depends largely on following the technology, and while the Permian Basin has been slower than others to switch from vertical well drilling to horizontal drilling, horizontal has now outpaced vertical, and investors are lining up to get in on the game. Until about 12 years ago, virtually all wells in the Permian were vertical. As of last fall, however, horizontal and directional rig counts—meaning, non-vertical drilling rigs—have now begun to exceed vertical, according to RBN Energy. But what they’re also looking for are developers who are seeing strong economics in both vertical and horizontal wells. It’s all about balance, and this co-mingling of multiple zones, with the ability to complete both horizontal and vertical wells economically is the best bet for investors. The Permian Basin now boasts the top rig count in the US. Just this week, the number of rigs exploring for oil and natural gas in the Permian Basin increased by to 560, according to the weekly rig count report released Thursday by Houston-based oilfield services company Baker Hughes...Read More

IEEE, the world’s largest technical professional organization dedicated to advancing technology for humanity, unveiled the findings of a survey that revealed expert opinions about the future of driverless cars, such as speed bumps to mass adoption, essential autonomous technologies, features in the car of the future, and geographic adoption. More than 200 researchers, academicians, practitioners, university students, society members and government agencies in the field of autonomous vehicles, participated in the survey.

When survey respondents were asked to assign a ranking to six possible roadblocks to the mass adoption of driverless cars, legal liability, policymakers, and consumer acceptance were ranked as the biggest obstacles, while cost, infrastructure, and technology were viewed as the smaller speed bumps...Read More

Dubai: A Second Home for Indians 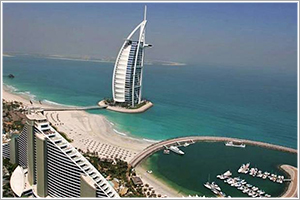 Dubai's largest expat community is made up of Indians - nearly 1.5 million according to the Indian Consulate. While the majority come to Dubai seeking better opportunities, additional factors are making them comfortable enough to call it their second home. "I was very keen to move to a global exhibitions marketplace to add value to my professional career. Dubai has world-class MICE facilities and that was my key motivation," says Anu Bhatnaga, a PR strategist who moved to Dubai from New Delhi in 2003. Since then, Anu has led and contributed to substantial projects, including an outreach campaign for diabetes prevention, in which she played a catalysing role by raising awareness of the disease at a national level. "Living in Dubai inspires me to push myself more. I've been blessed to pursue a great career and hobbies in a vibrant, multicultural and extremely safe city," notes Anu. Moving to Dubai was easier for Veathika Jain, a media professional who was headhunted by Arabian Radio Network in Mumbai. "My parents have been in Dubai for the last 14 years, so I already knew the place." That was eight years ago. Today, Veathika runs Dubai Dates - a video blog showcasing all types of events from around the city - after working with Martha Stewart Weddings magazine and Zee TV...Read More

Economics for every one: making sense of census

Conducted every 10 years, the census is the largest information collection and faces big challenges considering India's vast area and diversity of cultures and opposition from the manpower involved. The Indian Census is the largest single source of a variety of statistical information on different characteristics of the people of India. With a history of more than 130 years, this reliable, time tested exercise has been bringing out a veritable wealth of statistics every 10 years, beginning from 1872 when the census is conducted in India across the length and breadth of the country. This is the only source of primary data in the village, town and ward level, it provides valuable information for planning and formulation policies for Central and the State Governments and is widely used by National and International Agencies, Scholars, business people, industrialists, and many more. To scholars and researchers in demography, economics, anthropology, sociology, statistics and many other disciplines, the Indian Census has been a fascinating source of data. The rich diversity of the people of India is truly brought out by the decennial census which has become one of the tools to understand and study India...Read More

Click below for the India Infoline Economy Round Up:
https://content.indiainfoline.com/wc/news/INL/Economy_180714.html