RBI deputy governor Dr KC Chakrabarty has resigned, three months before his term was to end 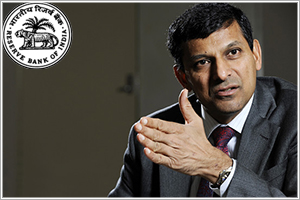 Reserve Bank of India (RBI) governor Raghuram Rajan reportedly said that the central bank has not yet moved to an inflation target.

A panel headed by Reserve Bank of India deputy governor Urjit Patel recommended in January moving to an inflation target.

He added "High inflation is bad for developing countries and Huge amount of literature on inflation is confusing the public."

RBI will work towards bringing down CPI to 6% in 2015, says Raghuram Rajan. Raghuram Rajan was quoted as saying "RBI's mandate is to preserve price stability."

RBI yet to hear from EC on bank licences

RBI should fix rate of 6% on saving bank deposits: Assocham 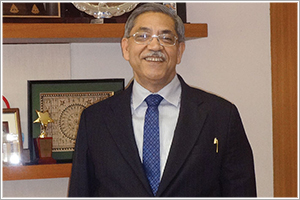 RBI (Reserve Bank of India) deputy governor Dr KC Chakrabarty has resigned, three months before his term was to end. Known for his strong views and as a champion for financial inclusion, Dr Chakrabarty "requested to be relieved earlier than the scheduled (term ending June 15, 2014)," according to a media report. Chakrabarty has requested for slightly earlier departure than scheduled term-end. He has requested to be relieved by April 25... for personal reason, the report added. He was appointed as RBI deputy governor for a three-year term on June 15, 2009 and was subsequently given a two-year extension. His extended term was to end on June 15, 2014.

No magic wand to bring UBI on track: RBI 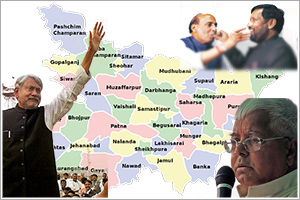 Voter turnout in General Elections 2009: Lowest in J&K and highest in Nagaland

General Elections: 29 Winners got less than 30% of total votes polled in 2009

A New Dawn for Development 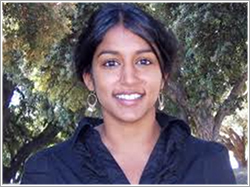 The most heartening trait of Svetha Janumpalli’s persona is her penchant for precision. In dissecting any issue down to its root cause, she consciously steers clear of the rhetoric and romanticism that most social activists typically indulge in. She explicitly makes it clear that the concept of Conditional Cash Transfer (CCT) is not her brainchild. "What we have done through New Incentives (NI) is to ensure an unambiguous process that recognizes and realizes CCT’s measurable value for the diverse stated objectives, whether fertility, infant mortality, immunization or primary education." She puts it humbly. The origins of CCT can be traced to a 1997 government initiative in Mexico that extended cash transfers to about 3 lakh poor households conditioned on their participation in health, nutrition and education services. Enthused by its success, the program was replicated across Latin America, Asia, Africa and the Caribbean Islands. In the context of NI’s current initiative, CCTs (small stipends to cover food, transport and basic services) are extended to poor HIV +ve women in rural Africa on the condition that they regularly visit health clinics and take necessary medications to ensure that their children are born HIV-free.

Svetha elucidates: "So, the initiative becomes a fight against disease and poverty in one stroke and strengthens the social stature of women as their health now becomes a smart investment for the family. Of course, the ultimate objective of CCTs would differ from region to region – in one country, school enrollment of children could be the condition for transfer, in another, it could be nutrition." ...Read More 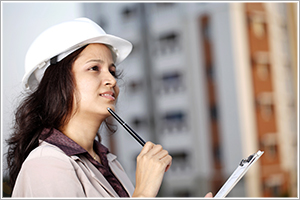 Engineering graduates in Hyderabad are open to taking up jobs in Small and Medium Enterprises (SMEs), according to survey findings of the TMI Group, a leading HR and recruitment services firm. 98.4% of engineering graduates surveyed are willing to work in the SME sector. This trend is welcoming in the backdrop of growing dearth of talent in the sector. The survey also reveals some interesting facts about factors guiding the job decisions of the graduates. 90.8% of the respondents said that they believe SMEs are good places to work. They said that in SMEs, employees have work-life balance, make friendly work-culture and grow fast in their careers. 53.96% respondents said that large companies are good places to work. They believe that large companies provide better benefits, structured growth opportunities and professional work culture...Read More 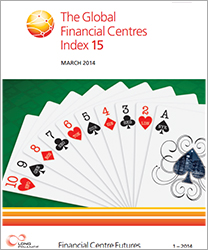 New York, London, Hong Kong and Singapore remain the top four global financial centres. New York is now the leading centre although its lead against London is insignificant - two points on a scale of 1,000. London being overtaken by New York in the index is mainly due to London falling (it is the largest faller in the top 50 centres).

The 'big four' global financial centres are being chased. It is easy to focus on New York, London, Hong Kong and Singapore but others are catching up and now close behind. Three years ago (in GFCI 9) the difference between first and tenth was 117 points. The top ten centres are now within 75 points of each other...Read More 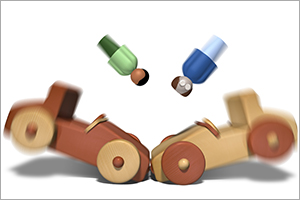 In order to control increasing losses from motor insurance segment, New India Assurance is waiting for the final approval from IRDA (Insurance Regulator Development Authority). Earlier this year, IRDA released an exposure draft in which it proposed for an increase in premium for third-party motor cover for 2014-15. Motor insurance in India has two components: own damage cover and third-party cover. The latter is compulsory, to cover third-party damage in terms of property or life. According to the draft, IRDA is looking for a hike of 25%-137% rise to attain breakeven in this segment. Motor insurance is mandatory for all vehicles plying on roads. All stakeholders had to give their views by February 28, 2014 following which the IRDA will bring out the final guidelines. New India Assurance has also suggested that there has to be a 50% rise to attain break-even in this segment. The company's total exposure in the third-party segment was about 10% including commercial vehicle industry.

60% of the Workforce is looking for New Jobs: TimesJobs.com 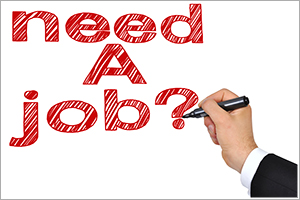 Nearly, 60 per cent of the workforce is looking to change jobs in the next 6 months and about 58 per cent of them are seeking growth from the new job. Moving up the corporate ladder and holding a leadership position matters to them more than a hefty paycheck, revealed a recent TimesJobs.com study.

According to R P Yadav, Chairman & Managing Director, Genius Consultants Ltd, "As soon as a professional gains around 3-4 years work experience, their priorities change. He/she is to get married or is already married. Owing to this there is social and self generated pressure to be a team leader or manager. Thus, the professional looks for change, more for leadership positions than compensation." This is substantiated by various TimesJobs.com surveys, polls and discussions that indicate that the workforce today seeks a good job profile/designation more than monetary benefits...Read More 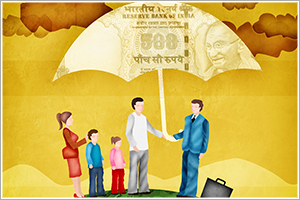 The exploding popularity of smart phones and Internet has become a core part of life for many consumers across the globe and in India. This megatrend, which has already disrupted several sectors, is set to have a huge impact on Insurance sector in India. It is estimated that three in every four insurance policies sold by 2020 would be influenced by digital channels during either the pre-purchase stage, purchase or renewal stages, according to a new report by Boston Consulting Group (BCG) and Google India. This report, titled Digital@Insurance-20X By 2020, asserts that not only will insurance sales from online channels grow 20x from today by 2020, but overall Internet influenced sales would be INR 300-400k crore. Digital disruption is expected to impact insurance significantly and, whether considered an opportunity or a threat, insurers need to be creative to leverage this opportunity immediately.

Click below for the India Infoline Economy Round Up:
https://content.indiainfoline.com/wc/news/INL/Economy_210314.html