After a splendid run in February and March, the indies took a breather this week with profit booking seen on Thursday and Friday.

The Reserve Bank of India (RBI) announced its first Bi-monthly Monetary Policy 2014-15 today. The RBI kept the key interest rate unchanged at 8%. Repo rate, the rate at which the RBI lends to banks, remains unchanged at 8%. Consequently, the reverse repo—the rate which the RBI pays banks for depositing excess funds—rates remain unchanged 7%. The cash reserve ratio—the proportion of deposits to be kept with RBI—remains unchanged at 4%. The marginal standing facility (MSF) rate and the Bank Rate at 9.0 per cent. The annual rate of inflation, based on the monthly wholesale price index, stood at 4.68% in February, while retail inflation was at a 25-month low of 8.1%, according to the government data. Dr Rajan, who took charge as Governor of the apex bank last September, raised the rates during his first policy announcement, rightly foreseeing a pressure on the inflation front. He increased it again for a third time since he took charge, in January. In its third quarter review of monetary policy, the RBI raised the key repo rate by 0.25% to 8% in January in a bid to curb inflation...Read More 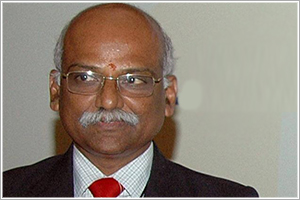 R Gandhi has been appointed Deputy Governor of the Reserve Bank of India on Thursday. According to the notification issued by the Government of India, Gandhi has been appointed Deputy Governor for a period of three years from the afternoon of Thursday, April 03, 2014. Gandhi was Executive Director of the Reserve Bank before being elevated to the post of Deputy Governor. Gandhi will look after the following portfolios: Department of Banking Operations and Development, Department of Non-Banking Supervision, Urban Banks Department, Department of Expenditure and Budgetary Control, Department of Information Technology, Legal Department, Premises Department and Risk Monitoring Department. Having joined the Reserve Bank of India in 1980, Gandhi has built, over these thirty three years, expertise and experience in varied fields which include, payment systems and information technology, financial markets (money, securities, forex and capital market) operations and regulation, currency operations and management, personnel and human resources management, industrial credit and international banking...Read More

The Reserve Bank of India (RBI) has decided to grant "in-principle" approval to two applicants viz., IDFC Limited and Bandhan Financial Services Private Limited, to set up banks under the Guidelines on Licensing of New Banks in the Private Sector issued on February 22, 2013 (Guidelines). These two applicants were also recommended as suitable for grant of "in-principle" approval by the High Level Advisory Committee (HLAC) set up by the RBI. The HLAC had also recommended that in the case of Department of Posts which has applied for licence, it would be desirable for the RBI to consider the application separately in consultation with the Government of India. The RBI has accepted the recommendation of the HLAC. "While RBI has been conservative in granting in-principle approval to only two applicants in this round based on the eligibility criteria defined and other quantitative and qualitative aspects, what is very heartening to note is the stated outlook to review the guidelines and make this a regular process moving towards an 'on-tap' policy including differentiated licenses," Shashwat Sharma, Partner-Financial services, KPMG, said...Read More

Bank license in India is a measure of trust: Rajan 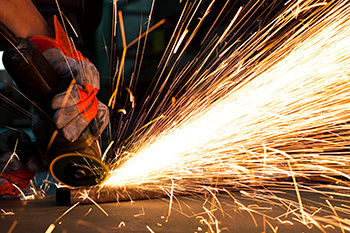 March data highlighted a further improvement in business conditions across India’s manufacturing economy. Nonetheless, the headline PMI dipped lower, as output and new orders increased at weaker rates. Encouragingly, growth of new export orders picked up pace over the month. Down from February’s one-year high of 52.5 to 51.3 in March, the seasonally adjusted HSBC India Purchasing Managers’ Index (PMI) signalled a slight and weaker improvement of business conditions across the country’s goods producing sector. Nonetheless, the PMI average for Jan-Mar 2014 (51.7) was the highest since the same period in 2013.

Consumer goods continued to outperform the other two market groups, with robust increases in output and new orders registered in March. Operating conditions also improved at intermediate goods companies, but deteriorated in the capital goods category. Manufacturing production growth across India eased from February’s one-year high and was modest overall. While panellists reported higher levels of incoming new work, there was evidence suggesting that competitive pressures and shortages of some raw materials hampered growth. Similarly, new orders rose at a weaker clip in March, with the respective index dropping since February and being below the long-run series average. Survey participants commented on higher underlying demand, but indicated that increased competition for new work and the elections had weighed on growth...Read More

The Eight Core Industries have a combined weight of 37.90 % in the Index of Industrial Production (IIP).