European Hedge Funds: Time to step up to the plate

More than 80% of global private equity firms intend to raise capital in the next three years and expect their next fund to be equal to or larger than their last. 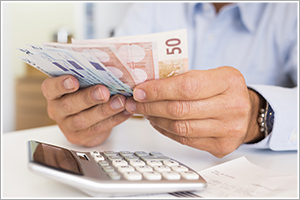 The US$492bn (€368.2 billion) Europe-focused hedge fund industry--whose managers are among the highest paid in the finance world--produced a return of 2.1% in the first half of 2014, less than one-third of the 6.7% returned by the benchmark STOXX Europe 600 Index. And yet, during that period, the sector attracted an inflow of US$31.1 billion--almost the same amount as the U.S.-focused hedge fund industry (US$31.4 billion)--which is nearly three times the size.

In the latest edition of The Cerulli Edge - Europe Edition, we take a look at the reasons behind this underperformance, and suggest why active management will play a greater role than it did just a few years ago.

"Hedge funds last outperformed European stocks in 2008, when hedge funds fell 17.4% as measured by the Eurekahedge European Hedge Fund Index, and the STOXX Europe 600 slumped 43%," says Barbara Wall, Europe research director at Cerulli Associates. "Since then, they've been battling government intervention, pressure from regulators, record low interest rates, and a fall in volatility, which have hampered managers' ability to deliver."

Cerulli associate director David Walker notes, "Allocators are worried that hedge fund managers are not taking sufficient risks in their portfolios to generate satisfactory returns. But the opportunities are growing. Companies are awash with cash and looking for acquisitions. The near collapse of Portugal's Banco Espirito Santo and Argentina's recent debt default together with growing unrest in Ukraine and the Middle East have rocked the markets. Perhaps it is time for some of these hedge fund managers to start earning their money."