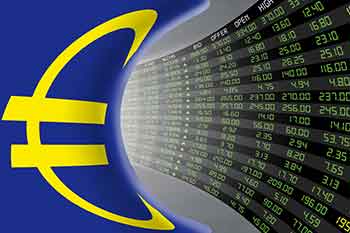 Shares in European markets were trading in the green on Monday with all 19 sectors trading higher as investors evaluate the prospects for the US and China trade deal before the March 1 deadline for higher tariffs.

Further, contracts on the S&P 500, Dow Industrials and Nasdaq Composite all reversed an earlier loss. Earlier, equities rallied in China as exchanges reopened after a one-week holiday. The rest of the region traded mixed, with shares climbing in Hong Kong, falling in Sydney and edging higher in South Korea. Japan is shut for a holiday.

On the US-China trade deal front, Chinese Vice Premier Liu He will join Treasury Secretary Steven Mnuchin and Trade Representative Robert Lighthizer in Beijing for high-level talks this week. Washington is also in focus, with the U.S. government potentially headed for another shutdown as political tensions flare between Congress and the president.

Meanwhile, yields on treasuries and most European sovereign bonds edged higher, while the pound extended its decline after the UK economy unexpectedly shrank in December.
-With inputs from Bloomberg