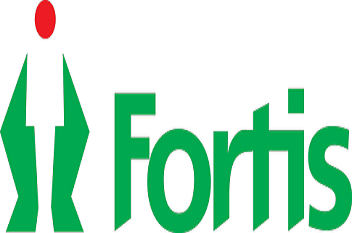 Fortis Healthcare announced in a BSE press release on thursday evening, post market hours that its board has approved the appointment of Dr. Ashutosh Raghuvanshi as its CEO from March 18, 2019.

"He will also be designated as one of the key managerial personnel of the company",  mentioned the company in the exchange filing.

Dr Ashutosh Raghuvanshi, is a cardiac surgeon turned management leader. He completed his MS in general surgery from MGIMS, and MCH in cardiac surgery from the University of Bombay. Over the last 26 years, he has been associated with the Bombay Hospital, Apollo Hospitals, Vijaya Heart foundation and Manipal Heart Foundation.

The filing also mentioned that he was instrumental in the establishment of Rabindranath Tagore International Institute of Cardiac Sciences, Kolkata. He joined as director of the institution in 2000.

Before joining Fortis, he was last working with Narayana Health and was responsible for the operations of all the group’s hospitals across India and internationally. He was the Group Chief Executive Officer since November 19, 2010, Managing Director since November 3, 2011 and also served as its executive vice chairman. He was responsible for creating structures and processes to build a successful healthcare organization.

Speaking on the appointment, Ravi Rajagopal, Chairman, Fortis, said, “We are delighted to welcome Dr Ashutosh Raghuvanshi, as our new CEO. With a proven track record as a successful clinician and an able administrator, Dr Raghuvanshi has developed a deep understanding of the business, patient care and healthcare sector. His leadership at Fortis will be critical as the Company continues to pursue its vision to create a world class, integrated, healthcare delivery system.”