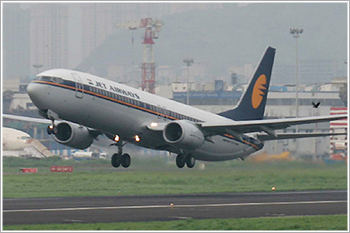 Shares of Jet Airways were trading up 3% on Monday after a Mint report stated that the debt ridden airline company is all set to receive loan of Rs2,050cr from Punjab National Bank (PNB).

Further, both the term loans have a five-year repayment tenure, although their interest rates vary. The Rs750cr loan has been sanctioned at a rate of 12-month Libor plus 5%, with a yearly reset. The rate for the Rs300cr term loan is 6-month Libor plus 3.5%, with a half-yearly reset. The loan agreement was signed on 14 January, the Mint report said. Jet Airways has an option to sell down as much as Rs250cr of the term loan to other investors, the report added.

Jet Airways will use the credit facility for its working capital needs, the media report said.