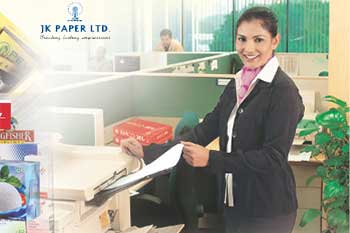 JK Paper share price witnessed selling pressure from investors, as it has plunged by over 3% with an intraday low of Rs93 per piece on Sensex in early trade. The company has announced its March 2020 (Q4FY20) quarter and year-ended result.

In the previous closing, JK Paper shares ended at Rs95.90 per piece.

During Q4, JK Paper registered a net profit of Rs92.72cr which declined by 17.91% from Rs112.96cr in the corresponding period of the previous year.

On the day of result announcement, JK Papers also revealed that they have temporarily suspended operations at its manufacturing facility - Unit CPM at Fort Songadh, Gujarat starting May 11, 2020.

The company has shut down the facility for about a week due to lower market demand and extended
lockdown in Western Region.