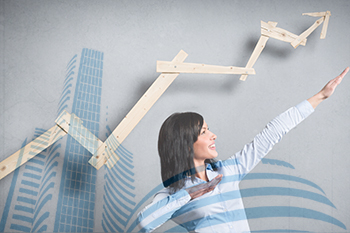 Indian markets at historic highs on Tuesday's trade despite of mixed global cue that has been the result of a rapid rise in Delta variants of the coronavirus hinting for a slowdown in global economic growth recovery.
However, the Indian stock markets have defied the trend and were trading at a lifetime high on Tuesday. A broad-based bullish sentiment was witnessed across sectoral indices with exception of metal stocks.

Performance in both Sensex and Nifty 50 were driven amid monthly business performance and June 2021 quarterly earnings. Also, India's Manufacturing PMI has risen to a 3-month high in July this year added to the winning streak.

Nifty 50 was slightly shy of the 16,000-mark, however, the traction looks super and the level can be a reality anytime soon.

In broader markets terms, BSE Sensex 50, BSE Sensex Next 50 and BSE Small-Cap were among top bulls rising by 100 points, 140 points and over 90 points respectively.

On a sectoral indices basis, BSE FMCG and BSE IT extended gains by climbing nearly 1% each. BSE Auto, BSE Healthcare and BSE Bankex surged about 0.5% each. While BSE Consumer Durables outperformed by trading above 500 points. However, BSE Metal was the top bear of the day plunging by over 140 points.

Bharti Airtel is in focus ahead of its June 2021 (Q1FY22) quarterly results later in the day.

Furthermore, Sun Pharma and Asian Paint zoomed by over 2% each, while HDFC surged nearly 2%. IndusInd Bank and heavyweight TCS jumped by 1.06% each.

Stocks like Nestle, SBI, ITC, HUL, Power Grid and Bajaj Finance added to the gains by advancing more than 1% each.

On the bears' side on Sensex, Tata Steel took the top spot plunging by 0.8% followed by Bajaj Auto dipping 0.7%. HDFC Bank, HCL Tech, NTPC and RIL are marginally down.